In this video appeal a number of Wikipedia readers speak up. Pavel Richter, CEO of Wikimedia Deutschland, also explains why donations are important for spreading free knowledge. 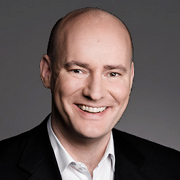 In his thank you message to donors, readers, authors and staff, Pavel Richter gives a summary of the fundraising campaign and stresses what is important for Wikipedia and the future work of Wikimedia Deutschland.

The Numbers
Wikimedia Deutschland has experienced continued support from Wikipedia readers and the 2012 fundraising efforts again demonstrated how much people value the free encyclopedia. Even though this campaign was three days shorter than the previous year, we were able to increase the total result by 32 percent: 5,273,374 Euros were donated for Wikipedia and free knowledge during the last weeks via our fundraiser.
The online encyclopedia rests on many shoulders. It not only relies on the contributions of thousands of volunteer editors and supporters of free knowledge, but also on the 233,813 people who were inspired to donate. To look at this strong current of continuing support another way: We received a donation every 20 seconds over 49 days, between November 13 and December 31, 2012 (compared to 160,000 donors in the previous year). The average donation was 22,50 Euros. With many people giving to Wikipedia by means of small contributions, we’re not overly reliant on large donors and we can maintain our independence.
Wikimedia Deutschland is particularly happy about the many German Wikipedia readers who were willing to make recurring donations. Once again, we were able to increase the number of recurring donors by almost 50 percent compared to the previous year. During the fundraiser, more than 7,300 people opted for supporting Wikipedia on a regular basis.
Apart from asking for support in the form of donations, during this campaign we specifically asked Wikipedia readers to become members of Wikimedia Deutschland as well. Right after after they finished their payment, donors were able to fill out an online form in order to become a member. This simplified process was a sweeping success. We activated 2,376 new members, which means that, over the course of a few weeks, we almost doubled the number of Wikimedia Deutschland’s members.
The Campaign
Even though we were thoroughly prepared for the fundraiser, its start always marks the beginning of great activity for us. From the moment we switched on the fundraising banners on Wikipedia, we began to receive high volumes of e-mails and phone calls. That is why we now have some back up in our team. We know now that this was a wise decision. We were able to answer more than 100 e-mails during every day of the campaign (4,267 in total) and we answered all inquiries by the end of the campaign for the first time.

The growth of our team also enabled us to concentrate on optimizing the campaign by means of intensively designing and testing appeals. We conducted almost 70 tests before and during the fundraiser. It’s an important factor of a time-sensitive campaign to run the right banners and the appeals at the right time. By means of A/B-testing, we were able to repeatedly adjust the agenda of the campaign. This was important because we tested many different banner layouts during this fundraiser. Pictures, colors, text, position: Most of the time, small factors determined a banner’s success. Due to the fact that we focused more on those elements, many different banner layouts were used. Whoever is interested in the results of those tests can find more information here.
The success of the campaign was, however, linked to a certain banner: the facts banner. Even though the personal appeals dominated the last days of the fundraiser, the facts banner enabled us to use a different kind of communication. In contrast to the personal appeals, which catch the interest of Wikipedia readers and later lead to donations on the donation page, the facts banner picks up the reader directly on Wikipedia. The banner has relevant facts about Wikipedia and why it should be supported with a donation. Not only were Wikipedia readers convinced to donate directly on its landing page, but they were also able to donate right then and there by means of a donation form. This was possible because all banners could be expanded right on Wikipedia’s home page.
The new facts bannes, together with an abbreviated donation process, were two of the most important factors for the campaign’s success. But facts also need stories. Therefore, it was important to present personal appeals right inside the expanded banners. Before the campaign, we set one goal for ourselves: We wanted to write an appeal that would be able to take on the most successful appeal so far – the one by Wikipedia founder Jimmy Wales.
The Faces
The past fundraising campaigns were especially shaped by the appeal of Wikipedia founder Jimmy Wales. This time, however, we imagined a campaign that would show different perspectives on Wikipedia. One thing was very clear to us: Without the terrific work of thousands of volunteers, Wikipedia would not be where it is today. We wanted to give the stories of those people more room during the 2012 fundraiser. That’s why we started very early to do a number of interviews with Wikipedia editors, donors, and Wikimedia Deutschland staff. From these, we wrote 15 very different personal appeals for the campaign – almost twice the amount as the year before. Last year, we showed six appeals, most of them translated from the appeals the Wikimedia Foundation ran during their fundraiser.
It was obviously our goal to create an appeal that could compete with Jimmy Wales’ successful appeal. We succeeded with Wikipedia editor Dr. Peter Cueppers, an 86-year-old and committed author who started editing only a couple of years earlier.
One of the goals we set for ourselves with this campaign was to convince readers to donate by showing Wikipedia from very different perspectives. That’s why we wanted to give a voice to Wikipedia’s readers. It was also our goal to break the mold when it comes to donor communication. We tried to link both goals by producing a special campaign video. In this two minute clip, a mixture of very different Wikipedia readers describe their experience with the free encyclopedia and why they love it. At the end, Wikimedia Deutschland CEO Pavel Richter calls for donations.
We would like to say thank you again to all our supporters and to introduce the appeals and the video. Without the terrific support of those Wikipedians, we would never have been able to conduct the campaign the way we imagined beforehand: a successful campaign that shows Wikipedia from many different perspectives and that informs about free knowledge and convinces people to donate.
The translations of all personal appeals can be found here. Many thanks to all volunteers and Wikimedia staff who participated with their stories.
Till Mletzko, Head Fundraiser, Wikimedia Deutschland