Dirk Franke is a long-time Wikipedia editor who shared his perspective on where he thinks Wikipedia will be in 2022 at the annual Wikimania conference in Hong Kong. This essay was originally published on his website. You can get more context about his motivation for writing it here. Und für noch mehr Kontext. (German)

Sometimes when talking to Wikipedians, I try to sound very old and wise. I start to talk about those days when Wikipedia was written by essentially nobody and the databases were running on one server powered by a hamster wheel. To meet someone on IRC you had to plan days in advance. And all the written rules of all the Wikipedias could be printed out on less than ten pages.
Those were the days when you told somebody, “I’m at Wikipedia,” and the answer was, “Ah, yeah, sure, whatever.” I would say, “Someday it will be a free online encyclopedia.” “Ah, yeah, sure, whatever.” “And everybody can edit.” “Ah, yeah. sure, whatever.” Even today, this is the default reaction I expect, and I’m always surprised when people react differently.
So much has changed since 2003. I’m sitting in Hong Kong right now, the world press cares what Jimbo says at a keynote and, most notably, Wikipedia is actually useful to look things up. When talking to strangers on the street on different continents, these people know what I’m talking about. And many, many people care about what is written inside, people who have never edited Wikipedia themselves. Actually, I’m amazed by this Wikipedia story of success every day of my life.
But of course it would be presumptuous to assume that Wikipedia will stop at this place and time. It is pretentious to assume Wikipedia won’t change anymore. It will change. What direction will it take? What will happen in, hm, 2022? Why don’t we just take a guess?

The good thing: Wikipedia will still exist in 2022. The bad news: nobody will know.

The good thing: Wikipedia still exists now in 2022. The bad news: nobody knows. Due to new semantic Wikis, Wikidata, mobile apps, etc. almost nobody ever visits the website anymore, this huge lump of text illustrated by an eccentric image database some hobby photographers created with their own pictures. 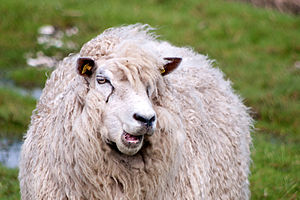 Through a host of apps, information comes custom tailored for different people at different times. This information is read to them, transformed into videos or given to them in small bits on mobile. There are a lot of shiny surfaces, where one can get Wikipedia information without having to bother about the encyclopedia and all the boring stuff surrounding it.
Many people contribute in many different ways. Most of Wikipedia’s content is delivered by partners. Bots plunder archives of many institutions and upload all their content to Wikipedia and Commons. A diverse set of people from all over the world tags this content, assesses it, gives it point-values and likes or dislikes. Other bots aggregate these interactions. These aggregation bots produce content specifically aimed at different readers. Beneath and around Wikipedia is a huge archive of material that gets aggregated in several ways. Wikipedia – aggregation by text writing – is just one way one can access the information. This way is still the way preferred by the “young (and not so young) and educated.”
To actually edit Wikipedia itself, one has to have master access. Editing Wikipedia is the only way in which people can actually break something and do harm to the project. So access is limited. The right to edit Wikipedia has to be earned through successful work in the wider Wikipedia ecosphere. Only some freaks — nerdy graduate students, former graduate students and would be graduate students of older age — edit the Wiki. Everybody else is happy just consuming content.

Do you remember the old times when one had to visit a real website with huge lumps of text? The website was kind of white. It had some pictures that were more or less appealing — many sunsets. And it had a lot of text. Sometimes it had well written text, most of the time it had not-so-well-written text. Everything could be found, but it took a lot of effort. Many people were excluded because it was so difficult to get the relevant information.

Not anymore. Today your phone, car, house, social network, newspaper and doormat give you information you desire. The freezer still does not order the milk by itself, but it is able to sing the best quotes about milk, taken from Wikiquote. Or theses appliances give you some information you maybe desire. Targeting is still a problem. But why should one visit this large, confusing website to get some information that is badly targeted as well.
The Wikimedia Foundation and some of the bigger chapters tried between 2014 and 2018 to develop these apps and software themselves. But still they were way too slow. Can you imagine? They actually tried to include the community in the process. It was a process that was as undemocratic as it was slow and ineffective. The Wikimedia efforts were much too concerned with preserving Wikipedia the way it was. No real change is possible when involving a community. Their attempts never took off. It couldn’t be really successful. So the race was made by more ruthless and more effective competition.
When Wikidata took off, when Wolfram Alpha was able to blend Wikipedia and Wikidata information with nice movies and pictures, when Google decided to be ruthless in mining Wikipedia — these players made the apps that show Wikipedia to the world. Since most people never get to the website anymore, the Wikimedia movement receives a lot fewer donations. Of course Wolfram Alpha, Google and Wikiweibo pay all the bills to run Wikipedia. But of course they really like to pay for stuff that makes Wikipedia easily accessible to them.
Now in 2022, for most of the people, Wikipedia looks and feels like any other website. For most apps, information is lumped together from several sources. “Reading Wikipedia” is taught in graduate school courses. Really curious people are actually the only ones still reading the website and the encyclopedia.
The website still exists. Due to the change in community, the texts are better written than they were in 2013 and ,since 2018, the search engine works. But still: Wikipedia is only for people who really really want to know and delve deep. This is not a majority (or even a sizable minority) of humankind.

In 2015 the Foundation finally gave up on the community and decided to let the community be itself. The decision was made to not mingle with it anymore and just ignore it. No more attempts to create diversity or to introduce newbies into the community. Just let it be and create new, easier to handle communities.
Wiki Loves Monuments led the way and the VisualEditor paved the road. Don’t introduce people into this stiff, conservative community. where people had to master a steep learning curve to accomplish anything. Just give them something nice to do where people can contribute. Make it easy for newbies. No hassle, no arguments, no unfriendliness.

The first apps for “limited editing without breaking anything” (by mobile, by apps, just doing small things) had been developed and could be used much better for outreach. The first, of course, was a Wiki Loves Monuments app. Just photograph an old building, give your GPS coordinates and let the app find the building and categorize the picture. This not only works for monuments, but for art, streets, schools, museums, cars, trains, etc.
For fine tuning, there was another app on which people could correct the algorithms. Also there were apps where people could rate how well a sentence defined its theme, which picture they liked better as illustration for an article, and a multiple-choice quiz, where people could rate true or false content. The questions on these quizzes were derived from the text.
Suddenly all kinds of people could contribute easily and contributing to Wikipedia became popular as a hobby again. It was possible to contribute in a moving car, with limited bandwidth. All knowledge required could be as little as a strong like or dislike for a picture. It was possible to edit on the run, on the go and almost on the sleep.
The hard part was the translation of this content into encyclopedic content. Easy integration was done by bots. A lot of the workload was done by the still-existing-community of encyclopedists and some of it was done by paid facilitators.
The old community, with its obnoxious behavior, was hidden behind a layer of nice, easy-to-use tools. Nice, easy-to-talk-to facilitators helped each other out. Infighting still occurred, but on a lesser level. Most of the fights were fought a long time ago. A lot of really difficult people had left Wikipedia to have more impact somewhere else. The inner core of encyclopedists was not so keen on fighting. The fights that still happened, did happen a lot of time out of tradition.

At the same time, GLAMS, new GLAMS, and “maybe-GLAMS” took off. Paid uploading of material on Wikisource or Wikicommons became the norm. So much new content could be created by plundering institutions. They had the real content. They had big waggonloads of it. Just go there, convince them. Let bots do the initial curating and let people on apps do the rest.
All the institutions had their presence on one of the projects, and of course it was possible to integrate an institution and Wikipedia so seamlessly that the institution could use all content without anybody noticing. The GLAMs (new-GLAMS, maybe-GLAMS) gave content and had the whole of Wikipedia to integrate it into. While Wikipedia became a huge institutional archive, a lot of exhibitions became reorganized Wikipedia content without anybody noticing. 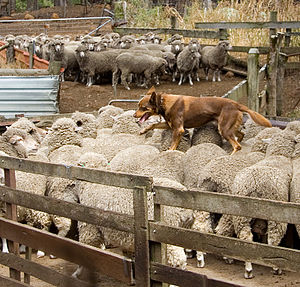 So what about Wikipedia in 2022? It strives. It’s nice. Being a Wikipedian is an honor. One has to work hard to achieve this status. The people who care about Wikipedia the website are mostly old and educated and they know a lot. Of course it’s less fun than it used to be, less brilliance, less innovation, more routine and day-to-day stuff. But there is a more relaxed routine, more standards, quiet effective work hidden deep inside a giant knowledge machine. As an editor, one learns a lot of new stuff every day. It’s fascinating and boring at the same time.
Wikipedia the website still has impact, but only a few know why.
Dirk Franke/Southpark
German Wikipedia editor