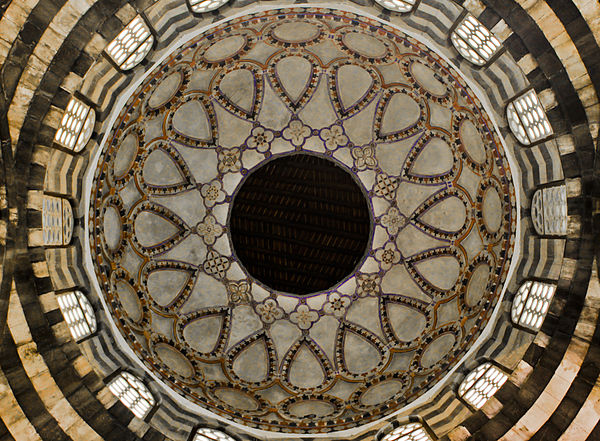 Khan As’ad Pasha in the Old City of Damascus

Damascus, Aleppo, and Homs are among the oldest continuously inhabited cities in the world. The monuments in these cities are among the oldest on the planet. There are buildings, churches, theaters, and gates that date back to the second century.
Unfortunately, not far from these ancient sites, a brutal civil war rages on. “Most of the monuments have already been damaged to some extent,” Abbad Diraneyya says. “Almost all of them lie a few kilometers away from direct clash lines.”
Diraneyya organized Wiki Loves Monuments 2013 in Syria and Jordan, part of a worldwide contest to photograph historic monuments and upload them onto Wikimedia Commons. “I have been an editor on Arabic Wikipedia for many years, and I have written many articles about my country,” says the Jordanian, “Yet I have always had problems finding photos for them. We have very few photos on Commons to document the history and heritage of the region”.
Diraneyva helped support organizers in four countries, including his native country of Jordan, in an attempt to capture and upload as many photos as possible. Syria, Jordan, Algeria, Tunisia and Egypt make up the group of Arabic-speaking nations that are participating in Wiki Loves Monuments for the first time; all of which have been directly or indirectly influenced by the events of the Arab Spring.
“Like much of the region, Jordan has a lot of monuments dating back thousands of years , since the Islamic, Roman and Greek times or even many centuries earlier,” says Diraneyya, “This contest brings us a new opportunity to expose and preserve the heritage of the country.” 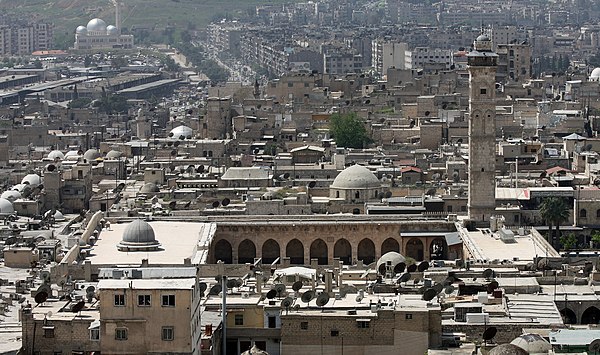 The Great Mosque of Aleppo, before it was damaged in the Syrian conflict.

Though the turmoil of the Arab Spring had subsided at the time, the Syrian Civil War was at its worst. The question became, will Syrians upload photos of historic sites while war was being waged around them?
“It’s not easy to tell people that they should care about something ‘secondary’ like monuments and heritage when many of the basic needs for living aren’t being achieved,” admits Diraneyya. “But with the current situation, it becomes more important than ever, as the heritage of the region is threatened to be lost in the ongoing wars.”
Amazingly, in the face of widespread violence and a death toll above 100,000, Wiki Loves Monuments is a resounding success in Syria. Nearly 1,300 photos have been uploaded. Some of the monuments photographed during contest, like the Umayyad Mosque in Damascus, have subsequently been damaged in recent fighting.
Despite the war – or perhaps because of it – Syrians have participated and uploaded the most submissions to the Wiki Loves Monument contest in the Arabic world.
Though the contest has finished for 2013, more pictures are still very welcome. The upload infrastructure behind Wiki Loves monuments is still functional and every photo added now will be valuable for preserving the important history of the region, particularly in the areas beset by violence. You can upload more photos here at this link: https://commons.wikimedia.org/wiki/Commons:Wiki_Loves_Monuments_upload
Joshua Errett, Wikimedia Foundation Communications volunteer