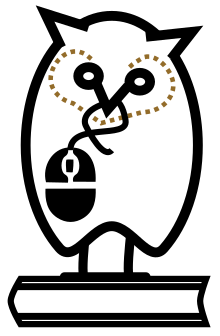 The Wikipedia Library is continuing to build opportunities for Wikimedia editors to access reliable sources, by negotiating with publishers to get Wikipedians free access accounts to their digital databases. We like to see Wikipedians able to access resources that they could only get through academic libraries or costly out of pocket subscriptions. We are very excited by the growing number of interested partners and the strength of our volunteers in helping distribute those accounts and who are also using that momentum to scale the project to include more publishers and more editors in more languages.
Our latest partnerships kicked off in August when we opened up several more access collaborations. New to the program is Newspapers.com which donated 100 full accounts and offers a fine across-the-Atlantic complement to the July British Newspaper Archive donation (see our prior coverage ). Volunteers who gain access to newspapers are very keen to use them to develop a whole range of different historical topics both well-documented in contemporary history texts and those under-represented in scholarship. To get a sense of just how useful and flexible historical newspapers can be for our users, we asked User:We hope to share how his access to Newspapers.com helps him on Wikipedia.

Since I’ve always been interested in the past and what really happened in it, I’ve tended to draw quite a bit from newspapers. For me, accessing older newspapers is like traveling back in time for facts which may have been lost in later publications.
I’ve done quite a bit of work on Wikipedia around articles, such as US TV personalities Red Skelton and Perry Como, where my main sources were older newspaper stories. These sources allow me to “get closer” to when they were happening and allows us to present somewhat different information on Wikipedia than may be found in books on the given subject. When working on Red Skelton, I found that two book sources listed his son’s birthdate incorrectly. A newspaper article on the boy’s death said he was ten days shy of his tenth birthday; checking California vital records showed that the newspaper story had his birthday correct.
Wikipedia is a wonderful environment for capturing this information and correcting it for public record: almost everyone visits Wikipedia for research and providing both the older sources alongside new sources ensures that future researchers can discover the same information I did. 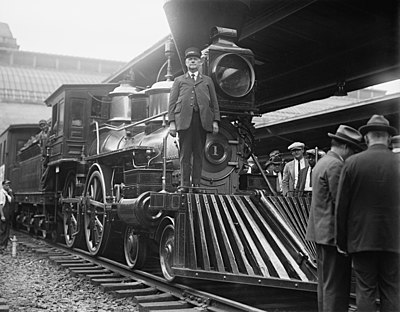 Recently, I became interested in the locomotive William Crooks when I discovered the engine while uploading public domain railroad photos and postcards to Wikimedia Commons. The old engine has an interesting history: it was built in 1861, almost destroyed by a fire in 1868 and was saved from the scrapyard by the Great Northern Railway’s president, James J. Hill, around the turn of the century.
When researching the Wikipedia article, a copy of an old railroad brochure about the train helped fill in some information, and provided photos of the William Crooks in various places after it was officially retired. The brochure helped document its many tours made under its own power across the country, such as the 1927 Fair of the Iron Horse in Baltimore and the 1939 World’s Fair, but there still was not enough information to expand on the article.
That changed with access to the older newspapers available on Newspapers.com. I have been able to add much more specific information. For example, I found an article with an interview of Albion Smith, who restored the locomotive after the 1868 fire and was one of its early engineers. Mr. Smith was instrumental in saving the old engine from the scrapyard by speaking to James J. Hill about the situation. Another interview in the article was with John J. Maher, who started as a fireman on the William Crooks. Mr. Maher helped highlight the earlier wood-burning days of the locomotive. These interviews allowed me to better document the trains transformation from wood-burner to a coal-burner. I hope to further expand the article wit many of my other Newspapers.com clippings.

Having Newspapers.com access has also made it possible to verify the copyright status of comic strip images uploaded by various users over the years. Our community on Wikipedia and sister sites like the free media repository Wikimedia Commons, want to ensure every piece of material is free from non-free copyright claims when we publish it so it can be easily reused by our readership. We carefully screen images uploaded by thousands of contributors to make sure the copyright statements are accurate. Sometimes older images are uploaded to Wikipedia under a public domain claim due to age, but were not in fact public domain, or couldn’t be easily checked for their copyright status because they had been uploaded without contextual information like dates of first publication. Having access to a larger collection of newspapers provides us with the needed information so that I can double-check the original publication status of the comics, and allows me to send those images to Wikimedia Commons to be used and enjoyed by more people.

An example of one of the comics that We hope was able to verify the license of via a clipping.
“Frecklesfriends3598” by Copyright 1935-NEA Service-Artist-Merrill Blosser, under PD US not renewed

In other contexts, I am using Newspapers.com to explore topics such biographies of public figures like Ruth Etting, the star of the Amos ‘n’ Andy television series Eddie “Rochester” Anderson and the bandleader and composer Paul Weston. Being able to capture all of my research with clippings allows me to share them with collaborators on those articles. For example, I recently worked with fellow Wikipedian User:This is Paul to explore the life and history of murder victim Joan Robinson Hill, who was discussed in the book Blood and Money. We were really successful in expanding the article using Newspapers.com information to compile what happened after the book was published. We were also able to add some previously “lost” information to the Featured Article Jo Stafford. An interview I discovered with Jo Stafford gave her first-hand account of how her hit record “Tim-tay-shun” was recorded with Red Ingle and her use of the name Cinderella G. Stump on the label.
Having access to so many sources means a lot of clippings on any given subject. I find that when I start searching on a subject, I start clipping and clipping and clipping, because there are just so many good sources that need to be added to the Wikipedia article! This partnership has helped make public a great deal of information about many, many different subjects and I hope we will be able to continue making these discoveries through the access to older newspapers.