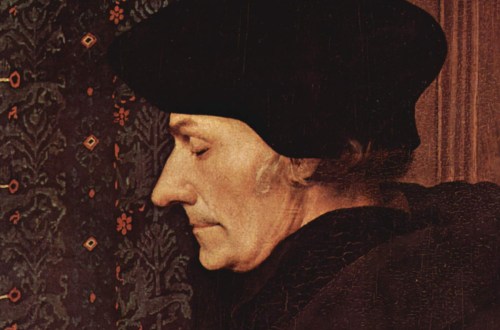 Erasmus portrait by Hans Holbein, from Le Musée du Louvre. Public Domain.
Wikipedia turned fourteen years old on January 15, 2015. On that same day, the Wikipedia and the Wikimedia community were honored with the prestigious Erasmus Prize — one of Europe’s most distinguished recognitions. We are very grateful to the Praemium Erasmianum Foundation for this award.

Civility, Wikipedia, and the conversation on Gamergate 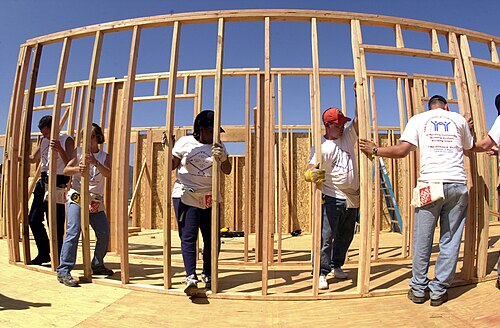 Building an encyclopedia requires working together, even when topics are difficult. US Navy Photo by Johansen Laurel. Public domain.
The debates on Wikipedia about the Gamergate controversy have been heated. At times, contributors on various sides of the debate have violated Wikipedia’s standards of civility. The Wikimedia Foundation believes inclusion and diversity are essential to achieving the mission of free knowledge, and that civil discourse is key to making that happen. 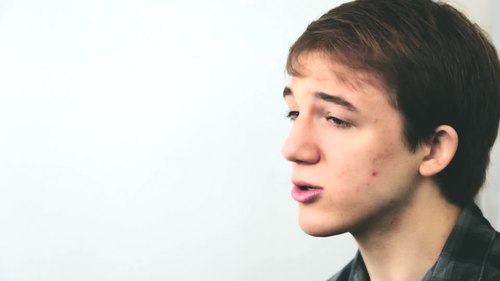 High school student Jack Andraka talks about how Wikipedia enabled his research to find a test for pancreatic cancer. You can also view this video on YouTube.com and Vimeo.com — or watch his full speech from Wikimania 2014 in London here.
After a family member died from pancreatic cancer, high school student Jack Andraka set out to find a cure for the disease, using Wikipedia as a primary reference for this research. His fast, inexpensive test may someday be used to detect pancreatic, ovarian and lung cancer. 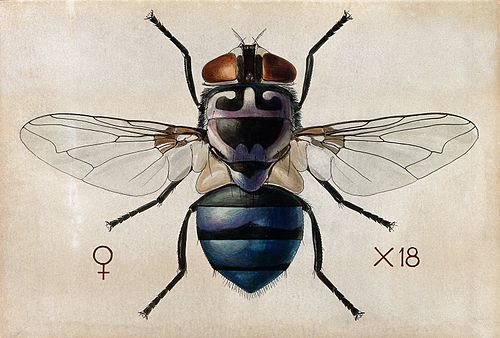 This image of a female blow fly (Chrysomya chloropyga) is part of the Wellcome Library’s medical image collection, now available on Wikimedia Commons. Drawing by Amedeo John Engel Terzi. From Wellcome Library, licensed under CC-BY-4.0.
Wellcome Images provide free public access to their digital collection online, covering topics from medical and social history to current healthcare and biomedical science. The high resolution photographs and scans they just donated are used to illustrate a wide range of Wikipedia articles such as disease, art history, cartoons, sexuality and biographies. This collection can be browsed here on Wikimedia Commons.

Senior citizens learn to edit Wikipedia in the Czech Republic

Try Content Translation: A quick way to create new articles from other languages 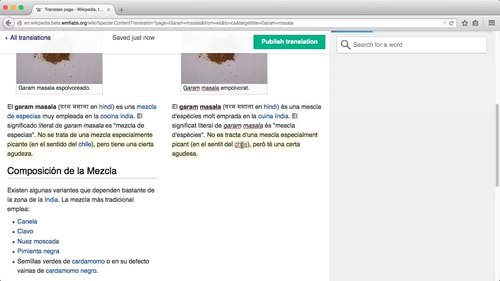 Video: How to translate a Wikipedia article in 3 minutes with Content Translation. This video can also be viewed on YouTube (4:10). Screencast by Pau Giner, licensed under CC BY-SA 4.0
Wikimedia Foundation’s Language Engineering team announced the first version of Content Translation on Wikipedia. This new tool makes it easy to translate articles from one language to another. It is now available as a beta feature in 8 different languages. 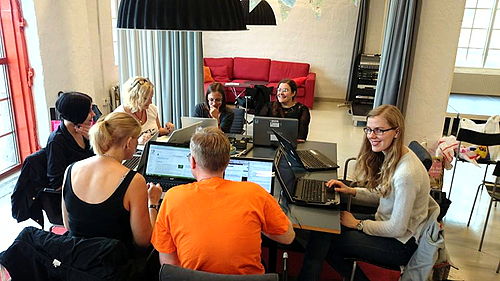 A happy group of Wikipedians gather for a weekly edit-a-thon in Gothenburg. “Edit-a-thon photo” by Lennart Guldbrandsson, licensed under CC-Zero
During 2014, Wikimedia Sverige organized a new series of regular edit-a-thons and workshops focused on the Gender gap issue. Altogether, 35 weekly edit-a-thons were held in Gothenburg, the second largest city of Sweden. About 15 different Wikipedians edited over 100 different articles about women and literature.

For versions in other languages, please check the wiki version of this report — you are welcome to add your own translation there!