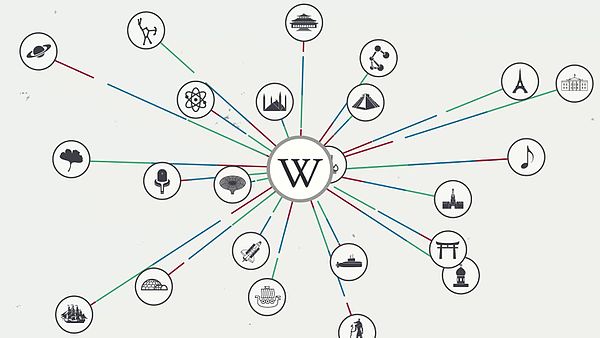 What is Wikipedia Zero? This short video explains the Wikipedia Zero program, in under two minutes. You can also view it on Vimeo.com here and YouTube.com here. Video by Victor Grigas (WMF), freely licensed under CC-BY-SA 3.0

Since early 2012, the Wikimedia Foundation has been creating partnerships with mobile carriers in selected regions of the world to waive data charges for accessing Wikipedia. To many people, the utility of such a program might be hard to understand. That’s why the Wikimedia Foundation works to create awareness of the Wikipedia Zero program, so that mobile carriers and mobile users can discover what free access to Wikipedia means for sharing knowledge across the globe.

The video above (which was narrated by Wikipedia founder Jimmy Wales and animated by Sasha Fornari) is one way to create awareness of Wikipedia Zero; it explains how the program works by using symbols, narration, animation and music — to communicate a complex concept in an inclusive way. The script was written so that anyone with access to video editing software and a microphone could re-record the dialogue track in their own language, and then mix it with the music from the video (available here). Captions have been created in English and the open captions on Wikimedia Commons allow for the timecode to be copied and the script to be translated. Below is the script for the video, which runs at just under two minutes:

Together, we are creating the most comprehensive encyclopedia that has ever existed – Wikipedia. It’s also free; free to read, free to edit, free to share. It is available in hundreds of languages, and it’s accessible to anyone with access to the internet or a mobile phone. Roughly 6 out of every 7 people today have mobile access. Mobile technology is the future of knowledge sharing, it has the potential to bring Wikipedia to billions of people. However, despite Wikipedia’s free content, most people simply can’t afford the data charges to access Wikipedia. That’s why the non-profit that supports Wikipedia runs a program called Wikipedia Zero, which works with mobile carriers to waive the data charges for accessing Wikipedia. Removing the cost of accessing Wikipedia may sound trivial, but it’s one small change that makes a huge difference. Students will do their homework and research careers. Doctors will study treatments. Small businesses will find knowledge to innovate. People will better understand their own history, society, and culture. We invite mobile operators all over the world to make knowledge truly free. Wikipedia belongs to all of us. Imagine a world in which every single human being on the planet has equal access to the sum of all knowledge.

Thanks to Jimmy Wales for providing narration, to Sasha Fornari for his motion graphics, and to the Wikimedia Foundation’s communications team members who developed the script and gave feedback on all the iterations of the video — as well as to the people who contributed their designs to the noun project that Sasha remixed, and Andy R. Jordan for the music.