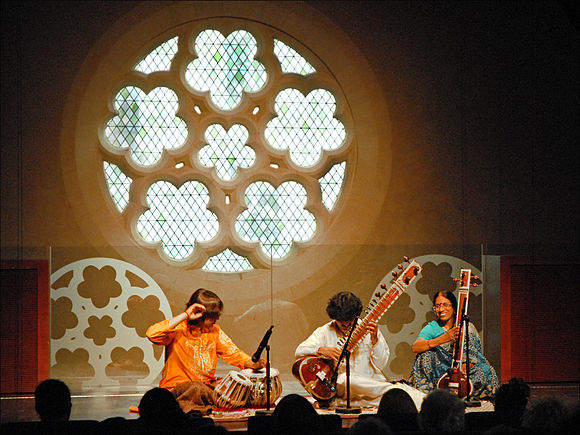 Concerts, like this one featuring Indrajit Banerjee, will take place all over the world today. Photo by Dalbera, freely licensed under CC BY-SA 2.0.
Today, June 21, 2015, is World Music Day! Also known as Fête de la Musique, World Music Day is celebrated on the northern hemisphere’s summer solstice. Thousands of events are scheduled to take place all around the world, including in the United States, in the United Kingdom, in France and in India.
Even if you don’t attend, you can listen to your favorite music this Sunday. In honor of World Music Day, please enjoy this music and other multimedia content that Wikimedians have contributed to Wikimedia Commons.
For more multimedia, see Wikimedia Commons’ “music”, and “world music” categories, Wikipedia’s article on music, and freely licensed music on Wikimedia Commons.
The below text is adapted from Wikipedia, written by various contributors, freely licensed under a CC BY-SA 3.0 License and the GDFL. Authorship information can be found in each article’s “history” tab.

Salsa refers to Cuban and Puerto Rican popular dance music. The term “salsa” was initially promoted and marketed in New York City during the 1970s. Salsa comprises various musical genres, predominantly Cuban, and is the product of genres such as the Puerto Rican bomba and plena. In some cases, the term is also used to describe Dominican merengue, and the Colombian cumbia. Latin jazz, which was also developed in New York City, has had a significant influence on salsa arrangers, piano guajeos, and instrumental soloists. Read more on Wikipedia.

Learn more with the “salsa music” category on Wikimedia Commons.

Jazz originated in African American communities during the late 19th and early 20th century. It emerged in many parts of the United States in the form of independent popular musical styles, all linked by the common bonds of African American and European American musical parentage with a performance orientation. Jazz spans a period of over 100 years and encompasses a range of music from ragtime to the present day, and has proved to be very difficult to define. The birth of jazz in the multicultural society of America has led intellectuals from around the world to hail jazz as “one of America’s original art forms”. Read more.
Learn more with the “jazz musicians” category on Wikimedia Commons. 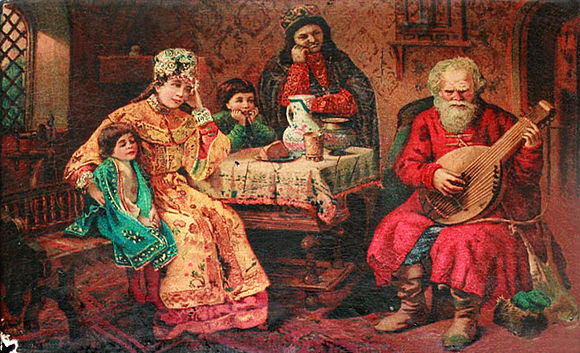 Russia has a long and varied musical history. Image by Lukutina, in the public domain in the United States and those countries with a copyright term of life of the author plus 100 years or less.
The music of Russia denotes a wide range of music produced in Russia or by the Russians. Russia is a large and culturally diverse country, with many ethnic groups, which is reflected in the country’s musical output. Russian music also includes significant contributions from ethnic minorities, who populated the Russian Empire, the Soviet Union and modern-day Russia. Russian music has a long history, beginning from ritual folk song and the sacred music of the Russian Orthodox Church. The 19th century saw the rise of highly acclaimed Russian classical music, while the 20th century brought major composers, such as Igor Stravinsky as well as Soviet composers. Read more.

Dancers at Samba Festival 2014 in Caddebostan, Istanbul. Photo by CeeGee, freely licensed under CC BY-SA 3.0.
Samba is both a genre and a dance style originating in Brazil. Its roots are in Africa, especially in the West African slave trade, and in African religious traditions, particularly Angola and the Congo. Although there were various forms of samba in Brazil, such as various popular rhythms and regional dances that originated from the drumming, samba as music genre is seen as a musical expression of urban Rio de Janeiro, then the capital of Imperial Brazil. Samba is recognized around the world as a symbol of Brazil and the Brazilian Carnival. Considered one of the most popular Brazilian cultural expressions, samba has become an icon of Brazilian national identity. Read more. 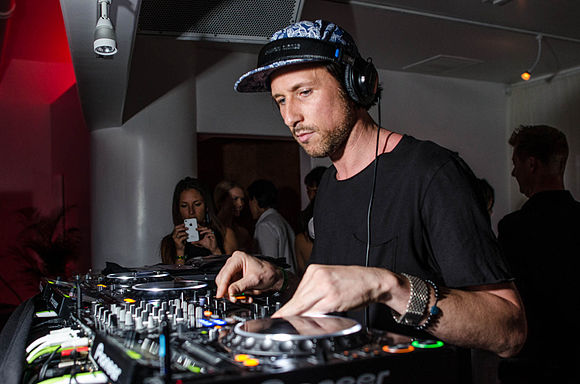 San Francisco-based DJ, Miguel Migs, performs in Hawaii. Photo by Peter Chiapperino, freely licensed under CC BY-SA 3.0.
House music is a genre of electronic dance music that originated in Chicago in the early 1980s. It quickly spread to other American cities along the east coast, all of which developed their own regional scenes. Throughout the 1980s, it grew popular in Europe, as well as in South America and Australia. House music’s success in Europe meant that several early house songs entered the national pop charts. Since the early to mid-1990s, house music has been infused in mainstream pop and dance music worldwide. Read more. 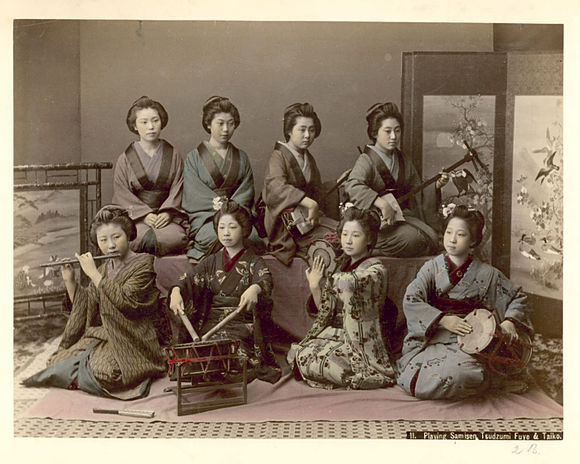 Traditional Japanese musical instruments include the samisen, tsudzumi, fuye, and the taiko. Image by Kusakabe Kimbei, in the public domain in the United States as copyright has expired.
The music of Japan includes a wide array of Japanese performers in distinct styles, both traditional and modern. The word for music in Japanese is 音楽 (ongaku), combining the kanji 音 “on” (sound) with the kanji 楽 “gaku” (enjoy). Japan is the largest physical music market in the world, worth US$2 billion in 2014, and is dominated by Japanese artists. Local music often appears at karaoke venues, a staple of Japanese culture. Traditional Japanese music is quite different from Western music, as it is often based on the intervals of human breathing rather than on mathematical timing. Read more.