We are just over a week into the second annual #1lib1ref campaign, where we “imagine a world where every librarian adds one more reference to Wikipedia.”
Wikipedia is based on real facts, backed up by citations—and librarians are expert at finding supporting research.
This year’s campaign launched on January 15, to celebrate Wikipedia’s sixteenth birthday.  As of Monday, participants have made over 1,543 contributions on 1,065 articles in 15 different languages.
We know that more librarian meetups, events, editathons, webinars, coffee hours, tweets, photos, sticker-selfies, blog posts and more have happened—share them on social media to help spread the campaign! Here are a few highlights from the week.
IFLA white papers
Following a year-long conversation with the International Federation of Library Associations, they kicked off #1lib1ref by officially publishing two “Opportunities Papers” emphasizing the potential for collaboration between Wikipedia and academic and public libraries.
Showing the story of a citation
#1lib1ref provides a great opportunity for communities to create resources about how to contribute to Wikimedia projects. Below are great new ones made for the campaign: 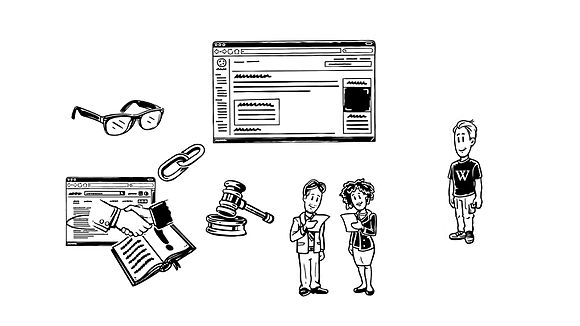 Video via Wikimedia Germany and the Simpleshow Foundation, CC BY-SA 4.0.

A global story grows bigger
The campaign is already bigger than last year, as we’ve already surpassed our contributions from last year and we’re not even finished yet.  To capture the scope and excitement, we created a Storify to capture and share some of the most interesting of last week’s tweets, which numbered over 1,000.
We still have two more weeks to go! Keep pushing to get your local librarians and libraries involved with the campaign, and help share the gift of a citation with the world.
Alex Stinson, GLAM Strategist
Jake Orlowitz, Head of the Wikipedia Library
Wikimedia Foundation 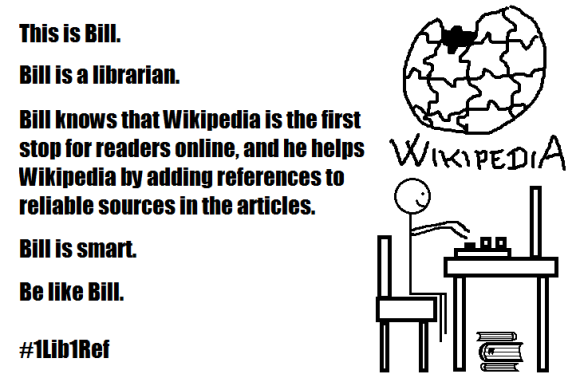