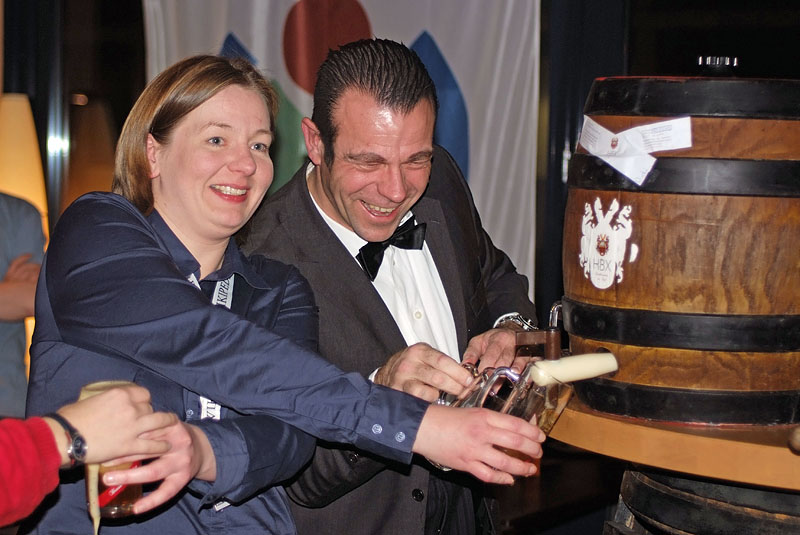 Germany’s first Open-Source-Beer received its premiere last weekend in Hannover. During CeBIT, the world’s largest computer expo, around 30 Wikipedians from all parts of the country met at the “HBX” brewery and tasted the new composition, called “HannoverWikiRed” after its red color.
In the run-up to the event at the brewery, the Wikipedians went on a guided tour through Hannover and shot hundreds of photos to illustrate articles on Wikipedia’s German language version. “The meetup has been a big success,” Wikipedian Nadine Stark, the organizer of the event stated. “We not only had a lot of fun at the brewery, but also improved Wikipedia’s content.”
At Stark’s suggestion, the HBX brewery published HannoverWikiRed under the Creative-Commons-by-SA licence 3.0. This allows anyone to brew the dark malty beer on their own, provided that the original author is given credit and –if altered– the result is distributed under the same, similar or a compatible license. The recipe of HannoverWikiRed can be found on the brewery’s homepage.
Frank Schulenburg, Head of Public Outreach