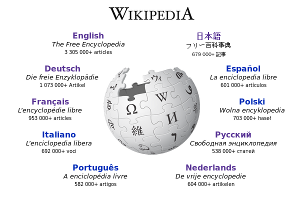 We’d like to thank users for all the feedback and comments about the new user interface which was enabled to English Wikipedia on May 13, 2010. The summary of feedback will be published soon.
I’d like to address a few of the points you’ve made here: a lot of you reported that the location of the search field is disorienting and it should be placed back at the left navigation bar. We understand your frustration when something you use every day is moved around and you have to get used to the new location. The decision to move the search from the left navigation bar to the top-right hand corner was made based on the usability study.  Study participants interacted with Wikipedia’s search over the browser’s search a lot more frequently when it was placed in the right-hand corner. We are looking at the volume of search queries to monitor how this change is affecting the overall users, and we will publish the findings in a couple of weeks.
We had a few problems with the behavior of the search system during the first week, which was unfortunate. It went through numerous bug fixes and updates, and it should be stable now. We hope you find the new search interaction intuitive and easy to use. We are still looking for a way to expand the search field without compromising the space for tab navigation interaction, which is crucial user flow for both readers and editors.
Within the two week time period after the new interface was introduced to English Wikipedia, we observed approximately 18,000 users returning to the previous Wikipedia interface, called “monobook”. There are about 137,000 unique users who had some activities in Recent changes including account creation. Roughly 87,000 users either edited, uploaded files, or conducted administrative task during the same period. The opt-out rate is estimated from 13% to 22% depending on whether user creation is included as a user activity. This aligns with the opt-out rate of the beta program, but we hope to continue to incorporate the needs of various user groups, such as readers, casual editors, active editors, and administrators.
The roll-out of the new Wikipedia interface has so far only taken place on the English version of Wikipedia, just one of over 250 distinct Wikipedias in other languages.
As a next step, we are preparing for the interface switch of the following nine languages, Japanese, Spanish, German, French, Russian, Italian, Polish, Portuguese, and Dutch. The translation of the software for those languages is ready, thanks to the volunteer translators of translatewiki.net. We do have quite a bit of translation work to be completed and we want to recruit user experience ambassadors who will help the user experience team to communicate to the language communities effectively and understand the language specific needs and feedbacks. If you are willing to take part this role, please contact us here. We are targeting to make this switch happen in the week of June 7th.
Thanks,
Naoko Komura, Head of User Experience Programs