Gdańsk, Poland is currently filled with several hundred wiki enthusiasts, as the city plays host to two of the major wiki-focused global conferences this week: Wikimania, the official conference of Wikimedians and the projects of the Wikimedia Foundation, and WikiSym 2010, the 6th international symposium on wikis and open collaboration. This is the first time that both conferences have been coordinated to take place at the same time and in the same city. 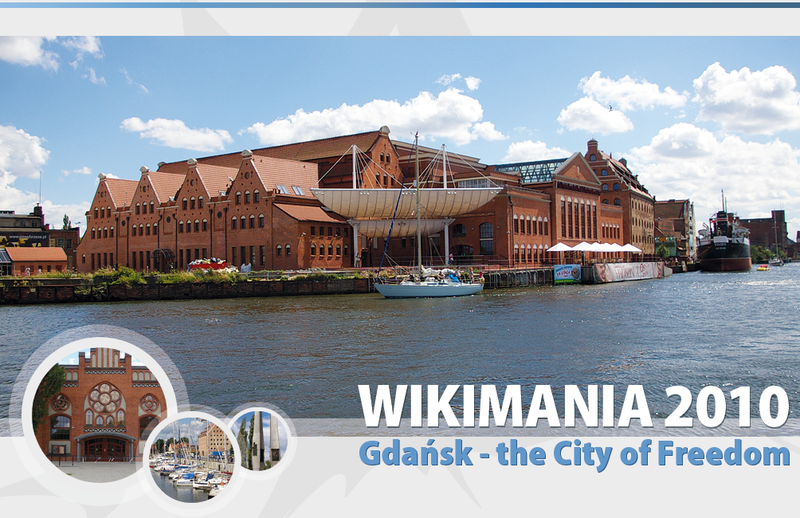 Wikimania 2010
Wikimania 2010 is the 6th annual international conference for Wikimedia’s volunteers, collaborators, and stakeholders – focusing on discussion about Wikimedia’s projects and the core, free operating software, MediaWiki.  The conference starts Friday, July 9 and runs for three days into Sunday, July 11.   Over 300 participants from around the world are expected to attend and deliver over 50 presentations on topics within three conference tracks (knowledge, infrastructure, and people) that include subjects like offline viewing of Wikipedia, semantic MediaWiki, increasing participation on projects, and expanding Wikimedia’s global volunteer network.
Wikimania 2010 will also include for the first time an orchestral recital of the work of Władysław Szpilman, as a memorial on the tenth anniversary of the composer’s death in July, 2000.  Szpilman, a world-renown composer and performer, authored the memoir, The Pianist, which inspired the film directed by Roman Polański. This year will also include the first film premiere at Wikimania, the debut public screening of Truth In Numbers, The Wikipedia Story, a documentary film three years in the making by filmmakers Nic Hill and Scott Glosserman.
Also for the first time this year, Wikimedians converged in London, and throughout Europe, for wiki-train: a coordinated, rolling-wiki meetup on rails that brought a few dozens wikimedians together to ride from London to Gdansk. A highlight video reel is available on Wikimedia Commons.

Wikisym 2010
The sixth annual conference of Wikisym, is the gathering of academics from around the world focusing on wikis and digital collaboration systems, which now include over 300 different formats of wikis and online collaboration tools.  This year’s program includes dozens of open-topics, as well as two keynotes by Wikipedian and author Andrew Lih, and Cliff Lampe, Assistant Professor in telecommunications, media and information studies from the University of Michigan. Wikisym takes place July 7 through July 9.
Host city: Gdańsk
Gdańsk, the 1000-year old port city in Northern Poland has deep historical and multicultural roots.  The birthplace of Poland’s Solidarity movement and the first city to experience World War II, Gdańsk and the tri-city region are home to over 800,000 residents.  The area is one of the major industrial and cultural centers of Poland.  It’s a musical capital (home of the Chopin music festival), and a historic center for commercial trade throughout eastern Europe.  The complex history of Gdańsk is described in great detail on its English Wikipedia article, including the unique debate about the accurate use of the city’s name (Gdańsk or Danzig?), through history.
The local coordination teams for Wikimania and Wikisym deserve our great thanks for producing two conferences that bring together 100s of passionate wiki enthusiasts from all over the world.  Congratulations, and good luck!
Jay Walsh, Head of Communications