The first generation of Wikipedia Ambassadors participated in a survey when the Public Policy Initiative wrapped up this summer. More than 80 respondents (over half of the 2010-2011 Ambassadors!) provided input about their experiences and how to improve the program. Many Wikimedia Foundation blog followers are probably familiar with the Initiative’s development of the Ambassador Program to open Wikipedia to the academic community. Ambassadors come in two flavors: Campus Ambassadors, who provide a face for Wikipedia on university campuses, and Online Ambassadors, who support the new student editors on wiki as they make their first contributions.
The graphs illustrate the Ambassadors’ role and motivations, based on the survey results. 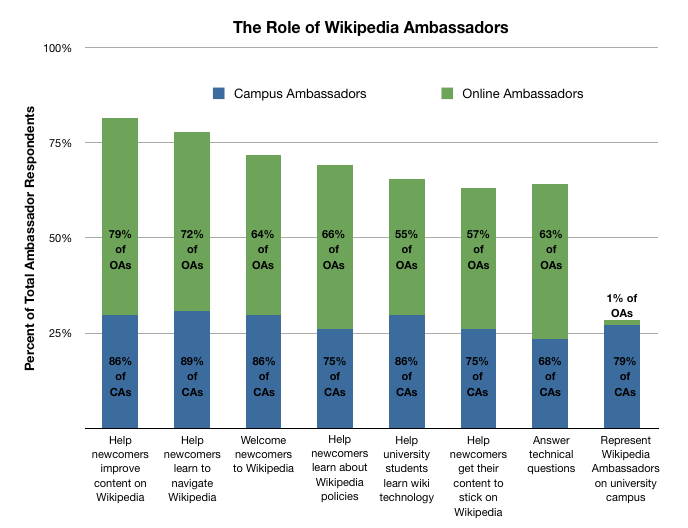 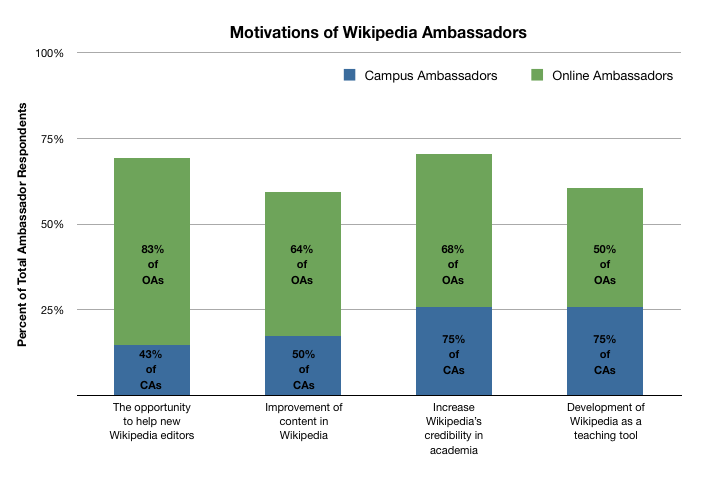 Through the survey, many Ambassadors shared their most memorable experiences in the program. Some of the highlights include:

Check out the pages for the Wikipedia Ambassador Program and Global Education Program to find out more about our program.
Amy Roth
Research Analyst, Public Policy Initiative