India is different. Given that India is very strategic for the Wikimedia Foundation, the question is what can we do to raise the profile of our projects and what can we do to support the Indic language effectively.
Many well educated people, people with a university level education are effectively illiterate in their own language. For them a Wikipedia in their own language does not tempt them to get involved. They do not have the skills even though it would not be that hard for them to learn to read and write their mother tongue. What really helps is that writing the Indic languages is helped in two ways; the scripts are really phonetic and InScript, the dominant keyboard layout for Indic languages, ensures that the same sound is always in the same place.
When our goal is to get more people involved in the Indic languages, we can ask people to transcribe the scans of public domain books. We will be providing them with a keyboard mapping, the fonts that show their language. As these “illiterates” recognise the characters and reproduce them digitally, they learn not only to type their language they may even learn to read. When we recognise their effort in a thank you note accompanying the book, experience teaches us they are likely to help us in future projects.
The project that is already making a big impact in India in this way is the Malayalam Wikisource project.They published a CD with a years worth of sources and distributed it to the schools of Kerala. They produce software that ensures that the content looks really good. The software as well as the content is available on the internet but sadly this full experience can not be had on Wikisource itself.
When a new book becomes available, the Malayalam press mentions this often in their periodicals so much so that Wikisource is mentioned more often in the press than Wikipedia. 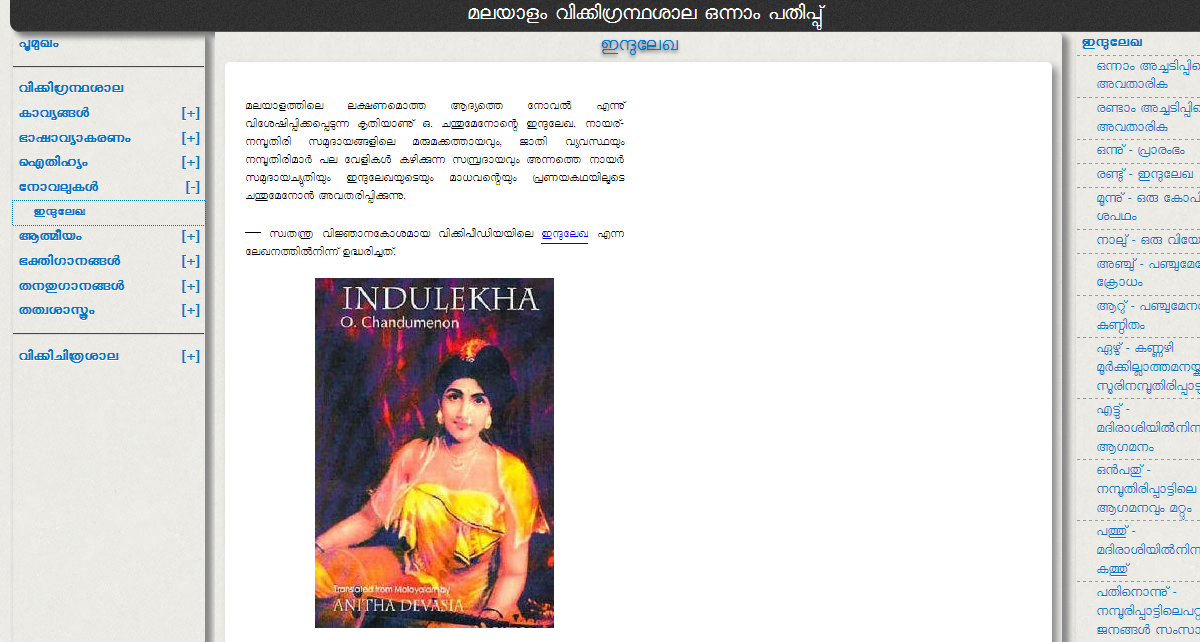 Similar projects for other Indic languages have been a popular topic at the WikiConference India; it was discussed at least for Sanskrit and Tamil. The discussion was not only about the organisation of such a project but also about internationalising the software that prepares the final product and about using Kiwix for presenting it. When you consider how much literature is available in the Indic languages that is already in the public domain, this is a project that will run and run.
Preparing sources in Wikibooks or Wikisource in a collaborative way makes sense in a Wiki. Once the work is done however publishing the content can be in all kinds of formats. This is important because we do want it to be read as widely as possible because this is how we optimally realise our objectives.
Jimmy is right when he said in his speech that the Indic language communities can learn from each other and do really well. However these best practices can be applied to any Wikisource or Wikibooks.
Thanks,
Gerard Meijssen
Internationalization / Localization outreach consultant