You might be asking yourself, “Who are those people in the banners on Wikipedia?  Why are they asking me to ‘please read an appeal?'”  They are members of the Wikipedia community and they believe strongly in the mission of the Wikimedia Foundation.  Some are employees of the Wikimedia Foundation and some are volunteers; editors, contributors, and users of Wikipedia without whom Wikipedia would not be what it is today.  The people in the banners asking you for money to support Wikipedia are real people who believe in spreading free knowledge throughout the world. 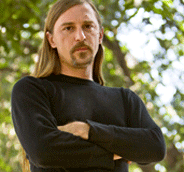 Brandon Harris is a Senior Designer at the Wikimedia Foundation and he has worked at Wikimedia since the Spring of 2010. He was raised in Huntington, West Virginia, and he has spent most of his adult life in San Francisco, CA. He is aggressively passionate about his work and loves feeling like he is making the world a better place. He listens to heavy metal, plays guitar, and hosts an ongoing RPG night. 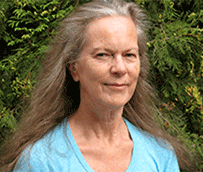 Susan Hewitt is originally from England and has lived in the US for more than half of her life.  She does volunteer work of different kinds, she loves to write (including Wikipedia articles, of course!) and she loves to teach. She also enjoys doing field research and writing papers on mollusks. She is fond of swimming and being in the ocean. At home you might find her reading a stack of science magazines or studying Buddhism. She thinks the most important thing any of us can do is try to make the world a better place for everyone else. 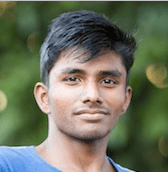 Karthik Nadar is from Mumbai, India.  He is a student and he works part-time.  His favorite part of his job is he has enough time to contribute to Wikipedia.  He contributed a lot to the 2011 Mumbai bombings article, including adding a picture he took after a bomb blast. In his free time, other than editing Wikipedia, he enjoys playing the drums and playing cricket.  He also enjoys photography. 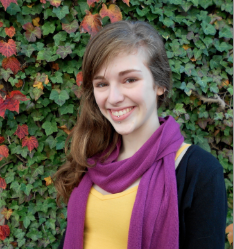 User GorillaWarfare is a student at Northeastern University in Boston, Massachusetts.  She began editing Wikipedia when she was in high school and currently she mostly focusses on anti-vandalism editing on Wikipedia.  Her main interest is Wikipedia and she considers it to be more of a hobby than volunteer work.  She remarked that some people think it’s a “weird way to spend her time,” but when they see what she is actually doing, especially with anti-vandalism, “they almost see it as kind of a game where I’m reverting the bad guys.”

Bruno Linhares is from Rio de Janeiro, Brazil.  He has a Bachelor of Science in Civil Engineering and a Ph.D. in Practical Theology.  In all of his many activities, he finds research to be the most enjoyable part for him.  He enjoys reading about aviation and 20th Centrury world literature and journey accounts.  He enjoys film and he goes to the movies every week.  He also enjoys walking, hiking, and photography. 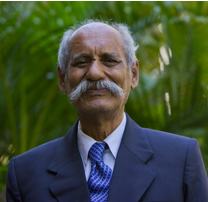 Dr. Sengai Podhuvanar is fom Chennai, India.  He is currently retired after having many jobs:  he worked on a rural farm, as a school teacher, as a state-appointed journal editor, and as a PhD expert on indigenous Indian games.  He “was born a poor farmer, and still considers [himself] a farmer with a single plow.”  Currently he enjoys his retirement by  reading, writing, taking walks and adding lots of his knowledge to Wikipedia.

Maryana Pinchuk is a Community Organizer at the Wikimedia Foundation. She works with editors to support the growth of all the Wikimedia projects. Her favorite thing about her job is getting to work with an international team of “brilliant, crazy, fearless people who are completely rabid about the goal of sharing knowledge with everyone in the world for free.” She is originally from the Ukraine and has spent time living in many places in the US including Seattle, New Orleans, Boston, and Mississippi. She is a fan of going to bookstores and picking up classics and science fiction, and she likes motorcycle riding. 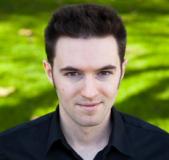 Basil Soufi was born in Washington State, spent the first few years of his life in Saudi Arabia, then moved to Canada, and later moved to California.  Basil realized the power of Wikipedia when, in 2004, a high school assignment led him to Google “John Kerry.”  The encyclopedia in his home library was printed in 1993 and did not have much information on John Kerry who was not as notable at the time.  He needed current information that can be found on the Internet but he also needed an encyclopedia, so Wikipedia fit the bill.  Basil speaks several languages including Arabic, French, and English and he owns and operates a diversified media company. 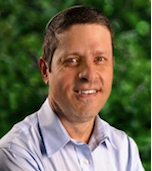 Alan Sohn grew up in Lawrence, NY, lived for a decade in Manhattan, and then moved with his wife and children to Teaneck, New Jersey. It was the article for Teaneck that was Alan’s first experience with Wikipedia, launching thousands of new articles and over 300,000 Wikipedia edits.  Aside from his passion of editing Wikipedia articles, Alan has a penchant for puzzles, both in his work as a financial systems analyst, and crossword puzzles, namely the famous NYT crossword puzzle.  Alan plays in a softball league with one of his sons, has coached his kids in various sports, and spent 3 years as a bicycle commuter riding 16 miles daily from NJ to NYC. 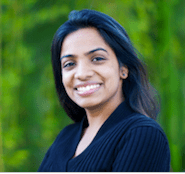 Akshaya Iyengar is from India.  She grew up in Solapur, a city in Maharashtra state.  She moved to the US for graduate school and now lives and works in Seattle, WA.  Akshaya is a Software Developer for a technology company.  She likes the fact that the software she writes is directly used by many, many people.  In her free time she enjoys ballroom/latin dancing, playing the guitar, and solving jigsaw puzzles. 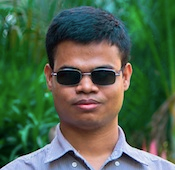 Aniruddha Kumar is from New Delhi, India.  He is is a blind Wikipedia editor who finds it important that Wikipedia remain ad-free because he does not have to waste time listening to advertising text on the site.  He also likes that there is no barrier of nationality, ethnicity, religion, caste, or gender for editors or readers of Wikipedia; it is information for all written by all.  He is a research scholar in Jawaharial University, New Delhi.  He enjoys the art of winning a debate and convincing others to see his point on topics, spreading information, and eating tasty food. 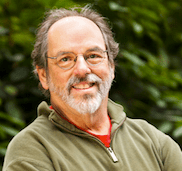 Ward Cunningham is computer programmer and the inventor of the wiki. He is a founder of Cunningham & Cunningham, Inc. (c2.com) and currently resides in Oregon, USA.  Read more about him on Wikipedia. 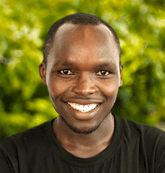 Isaac Kosegi Kips is from Kenya and he’s a recent graduate from Egerton University in Nakura, Kenya.  Isaac is a Wikimedia volunteer and his major project is distributing offline versions of Wikipedia to several schools in Kenya that do not have Internet access.  He is also working on improving Wikipedia in Africa’s native languages.  When he is not editing Wikipedia he loves to read, and he loves soccer.