Wikitext (right) and its representation in the Visual Editor (left)

The team developing a Visual Editor for Wikipedia and our other projects presented a first prototype for testing on December 13. Its development has been one of the Foundation’s top priorities according to the 2011-2012 Annual Plan. Wiki-markup is a substantial barrier that prevents many people from contributing, and it is hoped that the Visual Editor will make editing easier.

The 2011 annual fundraiser ended on January 1, 2012 raising a record-breaking USD 20 million from more than one million donors in nearly every country in the world. This year’s campaign highlighted staff and volunteers who help to create Wikipedia. It featured testimonials from volunteer editors in countries such as Argentina, Brazil, India, Kenya, the United Kingdom and the United States ranging in age from 18 to 76. 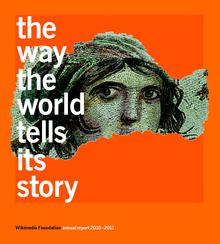 Annual Report published, for the first time with translations

The Wikimedia Foundation’s latest Annual Report was posted in PDF and wiki format in mid-December. This year’s report focusses on the Foundation’s major strategic efforts: supporting growth in India, expanding our mobile reach, improving and simplifying our software, and building our global education program. The report also highlights accomplishments within our community through the last fiscal year, and features a center spread article about the creation of the Arab Spring article on Wikipedia. For the first time, we produced ‘summary’ versions in seven languages.

Collaborative drafting process for Terms of Use update completed

(Financial information is only available for November 2011 at the time of this report.)

A photo by Mihai Petre of the Chiajna Monastery on the outskirts of Bucharest is the winner of the 2011 Wiki Loves Monuments contest. During September, participants in 18 European countries had been invited to upload photos of their country’s cultural heritage to Wikimedia Commons, resulting in over 165,000 submissions by over 5000 users, most of them new to the project. A European jury selected the winner from 169 finalists.

Wikimedia Germany has announced the results of the second edition of its “Wissenwert” contest, which supports projects that promote free knowledge with up to 5000 Euro. The five winners will work on the import of media from open access science journals into Wikimedia Commons, the display of historical maps in OpenStreetMap, a game to explore Wikimedia Commons and other free content resources, a platform for the sharing of human genetic information, and on subtitles for educational YouTube videos.

From December 2 to December 4, the GLAMcamp Amsterdam workshop took place at MediaMatic Lab, Amsterdam, hosted by Wikimedia Nederlands. Wikimedians who are active in outreach to cultural institutions (galleries, libraries, archives and museums – “GLAMs”) came together from 21 different countries and met with representatives of such institutions. An overview of the topics covered is available at “This Month in GLAM”.