Video of the monthly Wikimedia Foundation metrics and activities meeting covering the month of February (March 1, 2012)

(Financial information is only available for January 2012 at the time of this report.)

We announced the formation of the new Legal and Community Advocacy group. Community consultation is ongoing, and everything is up for discussion, even the name of the new department. Help us brainstorm about how it can support the community, such as helping administrators and functionaries, and facilitating non-English participation in WMF initiatives (like policies and key projects).

Logo of the “Teahouse”

On February 27th we launched the Teahouse, a peer support space designed specifically for new editors on the English Wikipedia. This pilot project is testing various social approaches to new editor support, to see if these methods improve our ability to retain more new editors and more female editors in particular. The project organizes a group of Wikipedians called “hosts” to reach out to new good-faith editors and invite them to a place where they can meet other new editors and experienced Wikipedians, build community relationships, find projects to participate in, and ask questions about Wikipedia. The pilot is scheduled to run with 25 trained hosts for 3 months. During this time we’ll be working with the community and new editors to refine the experience and measure the project’s impact.

Version 1.19 of the MediaWiki software was gradually deployed to Wikimedia sites in February. It brings many new features and bug fixes. Some are back-end, behind-the-scenes changes, for example infrastructure work to support our ongoing move to Swift as our media storage platform. There are also more visible improvements, like better diff readability for colorblind people, and better support of the user’s gender and language (internationalization) in the interface.

A detailed report of the Tech Department’s activities for February 2012 can be found at:

The Brazil Education Pilot is ready to start for the first semester of the university system in March! February included a lot of prep work for this project, primarily conducted by Brazilian contractor Everton Alverenga. Five professors in Sao Paulo and Rio are going to be incorporating the editing of Portuguese Wikipedia into their classroom models.

In March, we are working with the Community team to do more research into editor retention and community health within the Portuguese Wikipeida.

A group discusses deliverables for the GLAMcamp DC weekend. 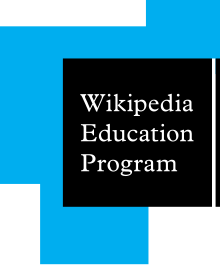 Communications work through February focussed on a large amount of media follow-up regarding the international reaction to SOPA/PIPA in the US, development of communications products for the WMF/Telenor announcement, streamlining of the Wikimedia store operation, and supporting internal communications efforts around HR and recruiting.

By far the major storyline for Wikimedia in February continued to focus on the impact of the defeat of SOPA in the US. Global media continue to inquire about the details of the efforts, including speculation about how the decision will affect future SOPA-like initiatives.

“We are the media, and so are you”

How Wikimedia Uses Nimsoft to Keep Track of Uptime, Feb 21, 2012

Does Wikipedia have an accuracy problem? The Atlantic, Feb 16, 2012

Wikipedia donors most likely to be from India, study says, Huffington Post, Feb 7, 2012

One of the Nation’s Top Historians Decides It’s Time to Embrace Wikipedia, The Atlantic, Feb 4, 2012

It’s our second month working as a fully staffed HR team and we’ve identified three core changes in the way we work. We need to get clearer in our processes and our work prioritization. We need our outward facing communications to be more consistent and better. We also need to have some boundaries in how we respond to requests, so that our overall service quality is higher.

On the recruiting front, we have Stacey Merrick supporting us in doing social media outreach about jobs and other opportunities to work with WMF. She will also be doing some redesign work on the HR corner of the office wiki to make information more easily accessible. We also welcome Michelle Collins, who is helping us with recruiting on a part-time basis in a coordination role.

We welcome Christine as our new Senior Accountant who will also work with chapters on reporting for both chapter agreements and fundraising agreements.

Office improvements for this month were a new tile floor in the 6th floor kitchen.

Volunteers who travel on behalf of the Foundation now have limited travel accident insurance when traveling outside of their home countries. Please contact Garfield <gbyrd at wikimedia dot org> to get additional information.