We launched the official Wikipedia application for Android almost two months ago and the response has been tremendous. We’ve had ~2.25 million installations and ~5000 ratings (with a 4.4/5.0 average). Preliminary reports also indicate about 23 million page views per month via the app. In short, it has been doing pretty well! 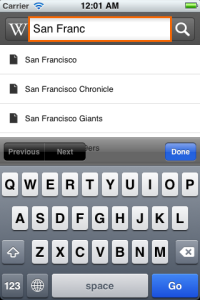 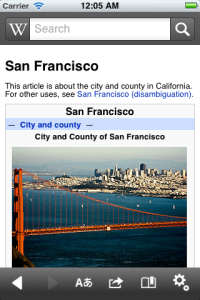 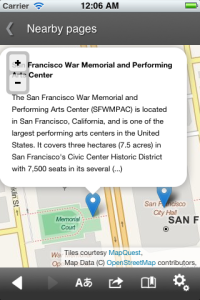 Today we’re excited to announce a new version of the Wikipedia app for iOS. This has all the features from our Android app, styled to be consistent with iOS:

This release is based on the same code that powers our Android application – an advantage of basing our app on Apache Cordova (previously PhoneGap). This enables us to reach the most number of platforms with the least amount of code. Fully embracing HTML5, CSS3, & Javascript commits us to the open Web technologies of the future. 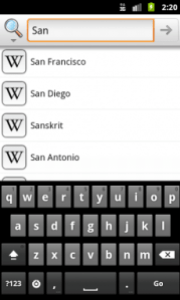 Along with the iOS app v3.1, we are also releasing an update to the Android application. This update has our most requested features and rounds out our reading experience. Major features in this release include:

Previous versions of our application used Google Maps for the nearby view. This has now been replaced with OpenStreetMap – an open and free source of Map Data that has been referred to as ‘Wikipedia for Maps.’ This closely aligns with our goal of making knowledge available in a free and open manner to everyone. This also means we no longer have to use proprietary Google APIs in our code, which helps it run on the millions of cheap Android handsets that are purely open source and do not have the proprietary Google applications.
OpenStreetMap is used in both iOS and Android, thanks to the amazing Leaflet.js library. We are currently using Mapquest’s map tiles for our application, but plan on switching to our own tile servers in the near future.

We are still hard at work, adding new features, fixing bugs and porting the application to new platforms (view our Roadmap). We’re also moving to a much faster and leaner 2-week release cycle that would let us fix problems and add features in a much faster way.
If you are a web/mobile developer, come help us make the app better! Our code is on GitHub, so start forking! We can be found on IRC in #wikimedia-mobile on FreeNode, and the appropriate mailing list is mobile-l.

Go get it now!