Video of the monthly Wikimedia Foundation metrics and activities meeting covering the month of May (June 7, 2012)

473.38 million (-3.27% compared with March; +24.34% compared with the previous year)
(comScore data for all Wikimedia Foundation projects; comScore will release May data later in June)

(Financial information is only available for April 2012 at the time of this report.)

The Wikimedia Fellows Program added two Community Fellows: Steven Zhang (a Wikipedian since 2008) is analyzing dispute resolution on the English Wikipedia. Tanvir Rahman (active on the Bengali Wikipedia since 2009, and elected as a steward by the global community in 2011) is experimenting with on-wiki strategies for growing the number of editors on small-language wikis, with an initial focus on the Bengali Wikipedia. Another Fellowship project, the Teahouse (where experienced Wikipedians are helping new editors), concluded its 3 month pilot phase on the English Wikipedia and was preparing a full analysis. Initial results indicated that it had a positive impact on new editors. The Teahouse concept is already being adapted to Arabic and Indic language projects.

One year after it was announced, the Upload Wizard has been used to upload more than 1 million freely licensed media files to Wikimedia Commons, and has contributed to an acceleration of its community’s growth. Developers are working on a more reliable upload of large files (up to 500MB), on a mobile upload application to support the Wiki Loves Monuments contest in September, and on improving Flickr integration and geolocation support in the Upload Wizard. 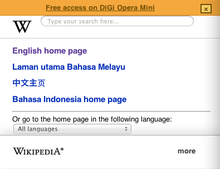 Wikipedia Zero, the Foundation’s initiative to enable free mobile access to Wikipedia, became available in Asia for the first time on May 21: Malaysian mobile operator Digi started offering the lightweight, text-only version of Wikipedia free of data charges to its 10 million customers. The program is already live in Tunisia and Uganda, and will launch in many other countries in the coming months.

A detailed report of the Tech Department’s activities for May 2012 can be found at:

Major news in May include:

May has been a busy month for racking, stacking and provisioning of newly purchased servers. Recently, we purchased new hardware for server refresh, adding capacity and redundancy, and for new projects, including servers for Search, Analytics, Fundraising, OpenStreetMap, databases, Varnish, Memcached and backups. Much effort was put into OS installation and servers network; they are now ready for the various system and application deployments. With Ubuntu 12.4 (Precise Pangolin) available, we have packaged and started using it selectively in some of our systems, including Search at Tampa and half of the LVS servers. Next, we will be setting up the Apache servers at Ashburn data center using Precise as well.

The Labs infrastructure had a couple outages, due to excess load and the GlusterFS system. Long-term mitigation plans include investigating Ceph and possibly writing a new filesystem mode in OpenStack to use DRBD in a way similar to Ganeti. We implemented a new way of managing puppet that allows users to test all of their changes locally before pushing them in for review.

This month, the team deployed a new look and feel for the article feedback page as well as a central feedback page, where editors can monitor posts from all articles on Wikipedia. We also developed a final feedback form, which gradually engages users to contribute to the encyclopedia. We collected and analyzed data on how posting feedback impacts both conversion and newcomer quality. Based on this analysis, we now project over 2 million feedback posts per month on the English encyclopedia when the tool is widely deployed later this year (on par with the total number of edits per month). Our research suggests that posting feedback encourages a substantial number of users to productively edit articles on Wikipedia, which is expected to help reverse the recent decline in both new and existing editors.

We deployed the first prototype of a list view for Page Triage on the English Wikipedia, called New Pages Feed. It provides an enhanced list of pages for review by community patrollers. The team started work on a new curation toolbar to appear on article pages, enabling patrollers to get more article info, mark pages as reviewed, tag them or nominate them for deletion.

The team continued integrating the first round of UI design for the Universal Language Selector (ULS) for desktop and mobile browsers. The prototype to showcase the first version of ULS was completed and demonstrated. The team completed development and deployed enhancements to the Translate extension with notification support, added more language support to the Narayam extension, fixed bugs, reviewed code for i18n support in Mediawiki, and completed a first draft for language impact metrics.

We spent the month defining specifications, prototyping, and implementing the first version of the Wiki Loves Monuments (WLM) app. In particular, we worked with various members of the WLM community to better understand the requirements of the contest.

We worked on the very ambitious project of moving MobileFrontend to MediaWiki core. We now have a dedicated set of tasks for the project and have started to process them. We added modular device detection support to core, and migrated HTMLForm.

We deployed a new version of the thumbnail handler to Commons, test, test2, and mediawiki.org, that uses our Swift FileBackend code. It should provide us with useful production testing prior to using Swift FileBackend for handling original files. Cleanup of corrupted thumbnails is now finished.

The team updated the datasets to include April’s data, and improved the graphs’ appearance. We’ve also been working behind the scenes to make the framework behind the Reportcard, named “Limn”, a best-of-breed project for general use. While not ready for public consumption, we implemented a GUI for selecting and manipulating datasets, and began work to support multiple visualization types.

In ongoing discussion with the Arabic community, we’re laying plans for a contribution portal to experiment with ways to recruit and get new editors started on Arabic Wikipedia. Phase one of these experiments is under construction: The Teahouse is being localized for Arabic and a basic portal layout and registration page is under development.

Veja Website (Veja is the largest weekly magazine in Brazil. Its website had 7.3 million unique visitors in May):

Details on the 2 partial reports below:

A general report on the WEP in Brazil is underway and will be the result of all learning points of the pilot:

Screenshot of “Chatasabha”, a support project on Odia Wikipedia.

In May Global Development officially welcomed Tilman Bayer, who will be helping out with research analytics and also bringing his considerable background in blogging and reporting to help the communications team. In May we also watched our communications colleagues in the UK draw considerable attention to the first-ever Wikipedia town with the Monmouthpedia initiative.

Communications has also been working closely with Wikimedia DC on preparations for Wikimania 2012 in July.

The blog team made strides in opening up the blog for more community involvement, moving the calendar of planned blog posts from the internal Office wiki to the public Meta wiki, starting to experiment with drafting posts in public and holding its first ever IRC office hour.

The Shop took part in the 2012 MakerFaire, gaining valuable feedback and helping to boost monthly sales to a new high as we prepare for a more public launch.

Our only major announcement in May was an updated media advisory highlighting speakers and sessions for this year’s Wikimania in DC. The advisory is primarily an effort to draw media attention and increase media registration for the event.

Global press were generally supportive of Google’s major announcement of the ‘knowledge graph’ in May. The new search function automatically loads relevant info, data, or images as part of search results. Wikipedia is one of several key information sources, and was most widely cited in coverage of the new feature.

Monmouth, Wales, is now covered in a sea of QR codes linking noteworthy landmarks and civic locales to Wikipedia, making it one of the world’s first ‘wiki towns.’ Wikipedians and townsfolk collaborated in the massive project, which also includes free wifi access across the town. The story resulted in hundreds of global news stories, mostly praising the unique initiative.

Projects we are working on:

Visitors to the WMF office in May 2012