Over 30 Malayalee Wikipedians were involved in different stages of organizing the conference like managing the venue, food, accommodation, financial resources, registration etc. What was proposed as an idea in 2009 took 3 years to materialize, but rightfully so into a wonderful experience! “The event celebrated the achievements of the Malayalam community, planned new projects as a community and welcomed more Malayalees to the community. E-malayalam, free and open knowledge, copyright and cyber-freedom were the highlights of the conference this year”, said Kannan Shanmugam, a teacher based in Kollam.

Takeaways from the conference? As Netha Hussain, a medical student and Wikipedian points out, “The high point for me was the parallel Wiki Vidyarthi Sagaman (Wiki students’ meet) where school students were taught to edit Wikipedia. Among the 100+ participants of the conference, a few new editors got valuable insights about Wikiprojects from the paper presentations and discussions during the conference. The existing editors got to meet their friends/fellow Wikimedians whom they had only known online. The paper presentations and discussions brought up new ideas that could be worked upon in the future to enrich ml-Wikipedia’s content. At a larger level, partnerships were explored with IT@School (a government initiative) and Wiki activities were highlighted in the local as well as national media.” 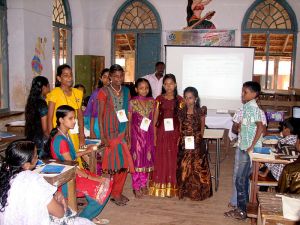 Barry Newstead, Chief Global development officer at the Wikimedia Foundation who also attended the conference, wrote in his blog post, “What was encouraging about my visit was that I saw that this isn’t some naive dream…The Malayalam community served as a real inspiration. Over the past 4 years, they have built a passionate community that has expanded their Wikipedia from 5,700 to 23,000 articles.”

The journey hardly rests at the conference. In the week immediately after the conference, there were meet-ups in 3 different towns – Thrissur, Palakkad and Thiruvananthapuram.  Also, community members have been working on initiatives around GLAM and education – and have collaboratively developed proposals for both. Preliminary meetings have already started with a number of museums and a proposal has been submitted to the Keralam – Museum of History and Heritage. Discussions have been initiated with the IT@Schools department of the Kerala government and a formal proposal to introduce Wikipedia as a teaching and learning tool in the 7th – 8th standard will be submitted shortly.

As Shiju Alex, Indic language consultant for Wikimedia Foundation articulates, “These are people who contribute to Wikipedia to share free knowledge but also to keep traditions alive and preserve the language they love. This movement requires young and old, teachers, doctors, engineers, linguists, researchers, writers, bloggers, lawyers, photographers and students. I hope what has started with the conference infuses new enthusiasm in the community and takes it to new heights!” 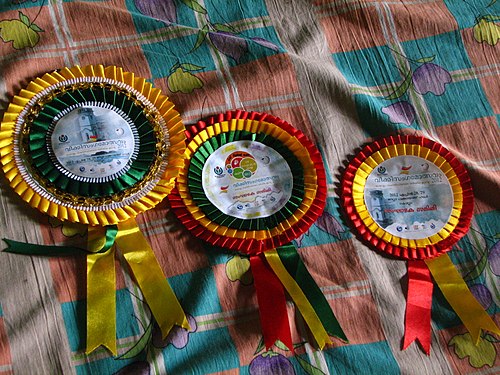