The Wikimedia Shop, the online store designed to help bring Wikipedia and Wikimedia project merchandise to both the public and the local project communities, started its second phase launch 2 July. 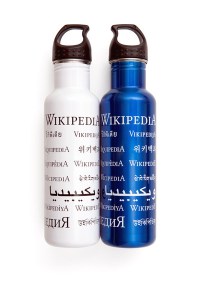 Merchandise has been something that both community members and the public have asked for since the projects kicked off over ten years ago. Before the new store the only way to get your hands on Wikipedia or Wikimedia merchandise was a CafePress store with limited (and generally low quality) merchandise, or at special events such as Mediawiki Hackathons or the 10th Anniversary parties in 2011. Now the goal is to make it possible for Wikimedia project contributors and users to get their hands on merchandise that lets them show off how much they love the movement.
The shop has been open for business for the past couple of months, but we have only advertised its presence within the relatively small editor community so that we could get more feedback on how the shop worked and what was lacking. To take the next step, we’re starting to push it out a bit more, putting a link on the sidebar of English Wikipedia for the United States only. Over time we want to make that link visible for more and more of the world, for other Wikimedia projects and eventually for other languages.
We set up the shop with the specific purpose of getting quality merchandise to anyone who wanted it as cheaply as possible. It is specifically designed not to be a significant money-making operation, but to help our mission by getting the Wikimedia brands out into the public and into the hands of the thousands of volunteers who make all of the projects run. Over the next year we plan to give away up to 1000 merchandise packages to community members and hundreds of “party packages” for local groups that want to have Wikimedia or Wikipedia related events. 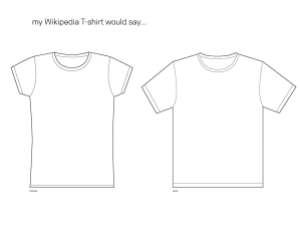 This week at Wikimania 2012, we’ve set up a shop booth in the Continental Ballroom at the event venue. We will be selling merchandise and soliciting feedback from the community who has helped to make the projects grow. If you’re going to the event, please come check out prototype designs, help draw your own design idea and give feedback on what you like and don’t like about what we’ve done so far.
We hope you’ll check out the shop and stop by our booth at Wikimania.
James Alexander, Wikimedia Merchandise Manager