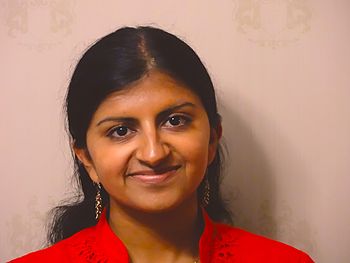 At Rice University, students pursuing a minor in Poverty, Justice, and Human Capabilities (PJHC) must complete two core courses addressing poverty, justice, and human development. Since Spring 2010, Professor Diana Strassmann has given students in her courses the same final assignment: to create or expand Wikipedia articles about poverty and about the links between gender equality and economic development in various regions of the world. She has also trained the other professors who teach the minor’s core courses so that they can include the Wikipedia assignment.
Nadhika Ramachandran, a rising senior studying political science and international relations in addition to the PJHC minor, signed on for the first of the two core courses in Spring 2012 and learned that she would be editing Wikipedia. Nadhika was both excited and nervous.
“So many people turn to Wikipedia for information that you know your contribution can have a real impact in terms of how people view a certain subject,” she says. “Of course, that also made me a bit nervous because if I did not include certain information or an important viewpoint I would misinform people.”
For that term’s class, she significantly expanded the peacebuilding article, which introduced her to Wikipedia editing. Since Professor Strassmann has set this assignment up for both of the two core courses in the minor, Nadhika enrolled in the second class a year later. In that class, Nadhika created the Women in the Arab Spring article because she “felt it was an important issue that had no coverage” on English Wikipedia. The article explores women’s involvement in the political protests and demonstrations, including their role online.
“I love knowing that my work will educate people all over the world about an important but often-ignored topic,” Nadhika says. “The Arab world has a reputation of treating women as second-class citizens in areas like political participation, economic independence, personal freedoms, and general social status. When the Arab Spring first began, it seemed like a unique opportunity to boost the status of women in the Arab world. The protesters were pushing for democracy, increased political participation, respect for human rights, and better economic opportunities, all of which would improve the status of women. Additionally, women actually participated in the revolution as street protestors and in some countries, as leaders. However, as the new governments formed and Islamist parties won elections in most places people began to fear that they would actually curtail women’s rights. The impact of the Arab Spring remains to be seen.”
Nadhika’s class was supported by Wikipedia Ambassadors, who helped her and her classmates learn how to edit Wikipedia. The students received in-person support from university staff member Christine Cox as well as Virginia White and Joyce Chou, students who had taken the class in previous semesters. They could also seek assistance from long-time Wikipedia editors Mike Christie, Justin Knapp, and Pat Earley.
“The dedication of the other editors in the community reinforced the impact of our work and their support made me feel more comfortable when editing,” Nadhika said. After spending a few days responding to those editors’ constructive feedback, she submitted the new article to appear on the main page of Wikipedia as a Did You Know, and it appeared on March 25, with more than 1,500 views. Soon after creating the article, she was already able to achieve her goal of sharing the fruits of her academic studies with more people.
Thanks to Professor Strassmann’s advocacy for Wikipedia assignments, many students at Rice are editing Wikipedia during multiple terms. The students don’t necessarily edit in between assignments, but they’re returning to Wikipedia with a stronger editing background and familiarity with norms, so they have more time and energy to create even better content. Even though Nadhika has completed her class assignment, she plans to expand the section about the aftermath of the Arab Spring protests once her schedule clears at the end of the term.
Jami Mathewson
Wikipedia Education Program United States and Canada Associate