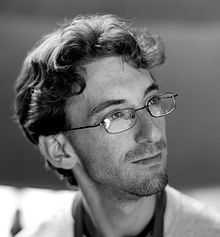 The 2013 Wikimedia Board Election Committee has announced the results of the 2013 Board Elections today for the three elected Wikimedia Foundation Board of Trustees positions. For the first time, the election included seats for the Funds Dissemination Committee and for the FDC Ombudperson. These results were certified by the Board of Trustees.
The successful candidates are:
For the Board of Trustees:
Samuel Klein (Sj)
Phoebe Ayers (phoebe)
María Sefidari (Raystorm)
For the Funds Dissemination Committee (FDC):
Delphine Ménard (notafish)
Cristian Consonni (CristianCantoro)
For the FDC Ombudperson:
Susana Morais (Lusitana)
The Election Committee certifies that the election was fairly executed and there is no reason to doubt the results. There were 1927 entries into the voter log. Of these, there were 13 struck votes (all of which were test votes); 105 “greyed-out” or cancelled votes resulting from users submitting a subsequent ballot; and 1809 valid votes. Additional, more detailed statistical analysis will be available in the coming days and weeks.
The addition of the FDC and FDC Ombudperson has added several layers of complexity to the election process for candidates, voters, Engineering staff and the Election Committee. Several issues relating to the use of the SecurePoll extension were identified, although none related to the security of votes or reliability of results. The start of the voting period was delayed by one week as the Committee could not verify that voter lists and voting software were ready and functional on the scheduled starting date.
All levels of the community, including the Board, the candidates, the voters, WMF staff and the Election Committee, are encouraged to participate in the post mortem discussion of the election process.
The Election Committee extends its thanks to Sam Reed, Philippe Beaudette, and James Alexander for their invaluable contributions and assistance.
Risker, 2013 Wikimedia Board Election Committee

Detailed election results for all candidates

[1] Candidate disqualified due to block through the election period.