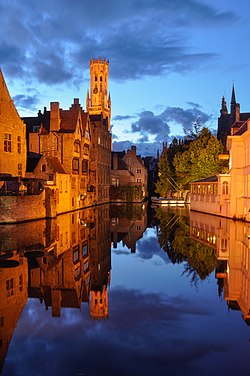 Wikimedia Commons contributor Arcalino captures the old-world charm of Bruges, Belgium, in this beautiful photograph, the Wikimedia Commons Picture of the Day for 25 June, 2013. The “blue hour” image portrays a time when day inevitable fades into night and it balances the sky with the reflection of the church in a completely placid canal.
“The combination of a very nice old town, canals and wonderful weather inspired me to try a set of blue hour shots,” said Arcalino, who has been taking photos for over 35 years. Of this photo, considered one of the finer images on Commons, Arcalino said he hopes it conveys “a sense of calm” to those who see it.
Nestled in the northwest of Belgium, Bruges is a city built on and around canals, full of architectural and artistic treasures. It was chartered in July 1128 and has served as an important hub for trade. Contemporary Bruges is home to more than 117,000 inhabitants and was designated a UNESCO World Heritage Site in 2000. The city was named a ‘European Capital of Culture’ in 2002 and it attracts roughly 2 million tourists annually to visit this old-world trading port.
Arcalino said he had spent several days with his family in Bruges, strolling, sightseeing and taking a lot of pictures. At home in Wiesbaden, Germany, he is a doctor in private practice, a job that he said finances his photography hobby. According to Arcalino, most of his photographs are “family images” and “architecture, nature, landscapes and, of course, blue hour shots.”
For the Bruges shot, he set up his tripod and took a group of photos a half hour after sunset and used a shutter speed of 25 seconds. “The featured picture is my favorite one,” he said.
Arcalino has been contributing to Commons for less than a year and the Bruges blue hour photo was only his second upload to the free image database. Despite this, he has already contributed a number of Quality Images and it is not hard to imagine that he will donate many more extraordinary photos.
“I learn a lot” from Commons, said Arcalino. “It is wonderful to contribute to a very useful project.”
(To see more of Arcalino’s images, visit his user page here.)
Interview and profile by Donna Peterson
Wikimedia Foundation Communications volunteer 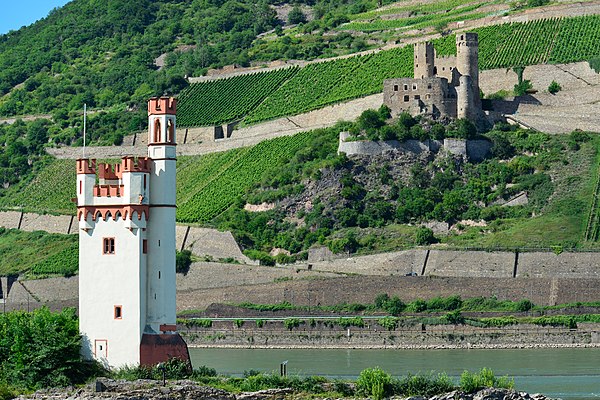