The second chamber of the Smoo Cave near Durness, Scotland.

Florian Fuchs has been an avid contributor to Wikimedia Commons for over 5 years. The amateur photographer is from Carinthia, Austria, and is the Chief Technical Officer at the rescue coordination center for the Austrian Red Cross,
On a recent trip to the majestic Scottish Highlands, he shot this photo above of Smoo Cave, a salt and freshwater cave near Durness. As he explained, the photo would be useful for expanding the Smoo Cave article on English Wikipedia, which he had been interested in for some time.
The photo would also impress his peers on the free knowledge Commons database and become the Picture of the Day for July 17, 2013.
“My wife and I went on a trip to Scotland at the end of May. We stayed at Tongue for two nights; the village is very small and remote, without any tourist attractions beside the beautiful landscape,” Fuchs explained. “When we checked out our travel guide for interesting points in the vicinity we found Smoo Cave. Immediately, I wanted to try and take the shot myself and donate it to the Commons community.”
So, Fuchs became an amateur spelunker. But there’s hardly anything amateur about his efforts. Initially, it was difficult to even get the shot. The only way inside the cave’s second chamber was via a narrow, wooden platform. Once upon it, he set up the shot using his travel tripod and his camera, a Nikon D7000.
“At a lucky moment where no one was on the runway, I took a few shots with an exposure time of one minute. During the exposure, I did not dare to move at all because the runway was quite shaky.”
Fuchs’ brilliant photo is a nice illustration for the caverns’ Wikipedia page, but it can also be used for nearly any purpose beyond the Wikimedia projects, given its free license.
Fuchs said it made him happy when people enjoy his photos and he hoped it would encourage them to visit themselves. people enjoy them. “Sometimes, people tell me that the pictures are ‘stunning’ or just ‘wow’ and those are the moments when I feel really rewarded for taking all the time and effort to get a really good picture,” he said.

Originally, Fuchs was not keen on having his photography published. Inheriting his love for photography from his father, he had the interest (his forte is taking landscapes and object photography), but felt he needed more formal instruction. “I was never really satisfied with the quality of the images and the limited capabilities of a compact camera,” he said. “Then, I attended a course, read a lot, and bought a DSLR”.
As he became more comfortable with photography, Fuchs began contributing to Commons regularly.
“I like the idea behind Wikipedia to work collaboratively to build a common knowledge base that everyone can access for free. Posting pictures at Commons supports that goal.”
(To see more of his photos, visit his userpage on Wikimedia commons here).
Michael Guss, Wikimedia Foundation Communications volunteer 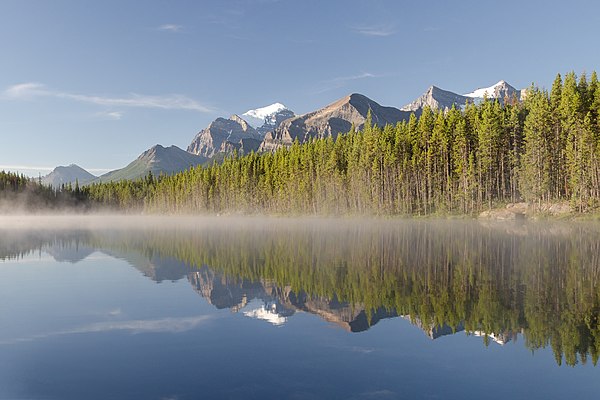