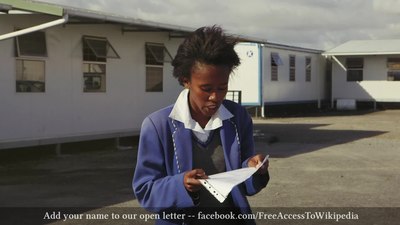 In November 2012, the students of Sinenjongo High School, South Africa wrote an open letter on Facebook, encouraging cellphone carriers to waive data charges for accessing Wikipedia, so they can do their homework. Victor Grigas and filmmaker Charlene Music visited them and asked them to read their open letter on camera, resulting in a short video that was published this October. Help is welcome with the translation, design and promotion of this video and of the longer documentary that will be published about the students’ call for the carriers to sign up to the Wikipedia Zero partnership program organized by the Wikimedia Foundation.

Planning the replacement of the Florida data center

The Wikimedia Foundation’s Technical Operations team published a detailed request for proposals (RfP), inviting offers for the location of a new data center in the United States. It will join the existing primary data center in Virginia, and replace the data center in Tampa, Florida. Wikipedia and its sister projects have been hosted in Florida since 2004. 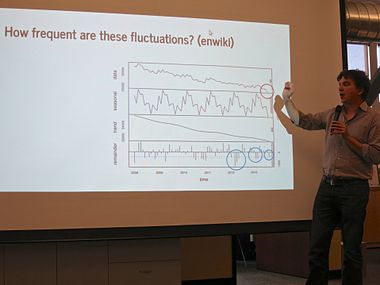 (Financial information is only available through September 2013 at the time of this report.)

All financial information presented is for the Month-To-Date and Year-To-Date September 30, 2013. 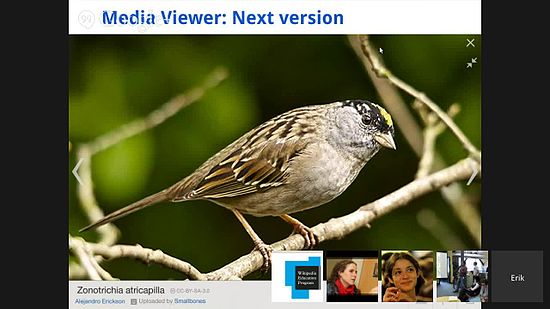 Video of the monthly Wikimedia Foundation metrics and activities meeting covering the month of October (November 7, 2013) 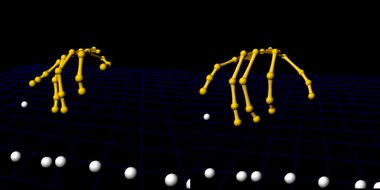 A video showing motion-tracked finger movements of two pianists playing the same piece. Imported by the OAMI from an open access research paper

The Open Access Media Importer Bot (OAMI) searches the database PubMed Central for scholarly papers that include audio and video files as supplementary material. If it finds files that are under a suitable free license, the bot uploads them to Wikimedia Commons. The majority of the material comes from biomedical research papers. The bot has imported over 14,000 multimedia files since 2012; most of them are videos. They form a large part of the around 38,000 video files that currently exist on Wikimedia Commons. Over 700 of the imported files are currently used on Wikimedia projects, on pages that together receive about 3 million page views per month.

On October 21, at an event in Washington, DC (USA) during the annual Open Access Week, User:Daniel Mietchen received an ASAP award for the team behind the OAMI. The “Accelerating Science Award Program” is sponsored by 27 organizations that support open access. Each winner receives US$30,000.

Kumusha Takes Wiki is a new project for supporting people in Africa “to create and contribute freely-licensed information, texts, images and media about their communities (villages, townships, suburbs, inner cities, etc).” It is funded by the Orange Foundation. Photos will be uploaded to Wikimedia Commons, and text will be provided in a form that is suitable for reuse on Wikipedia and other Wikimedia projects.

“Kumusha” is a word from the Shona language (which is spoken in Zimbabwe and neighboring countries), and means “the place where you come from.” The project “Kumusha Takes Wiki” is part of “Activate Africa“, a network of projects and initiatives that aim to encourage contribution to Wikimedia projects in Africa, launched at Wikimania 2013.

Iberocoop is an initiative joining chapters and other groups in the Wikimedia movement from Latin America, Spain, Portugal and Italy. From October 12 to October 15, representatives of these organizations, as well as some board and staff members of the Wikimedia Foundation, came together in Mexico City for Iberoconf 2013, the third such meeting after 2011 (Buenos Aires) and 2012 (Santiago de Chile).

Among the outcomes was the decision to appoint a coordinator for Iberocoop. Carmen Alcázar of Wikimedia Mexico is the first to serve in this role.