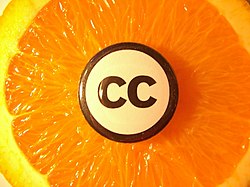 Today, Creative Commons announced the release of version 4.0 of their license suite. CC drafted version 4.0 in order to create a more international, adoptable, and long-lasting license. As a long-time supporter and user of Creative Commons, Wikimedia congratulates CC on the release. We think it gives the open culture movement improved legal tools, and hope that it will increase sharing and remixing.
This new license is the result of a two year process that began at CC’s Global Summit in 2011 and was first announced online late that year. Because the Wikimedia projects use version 3.0 of the license, many Wikimedians, including the Wikimedia Foundation’s legal team and various Wikimedia chapters, have participated in the drafting process. Many other creators of open cultural works have also participated, so we expect a healthy uptake of the new license in the months and years to come, building on the widespread adoption of previous versions of the license.
From the perspective of the Wikimedia projects, the biggest changes to version 4.0 include:

The creation and publication of the new licenses does not change the default licensing of the Wikimedia projects, nor what licenses are acceptable for contributions to the Wikimedia projects. Those changes will not happen until the Wikimedia community has evaluated and publicly discussed the new license, and (in the case of a change of default license) the Board of Trustees has formally approved a change to the Terms of Use. The Wikimedia Foundation’s legal team looks forward to participating in the community’s discussion about these issues and the licenses.
Luis Villa
Deputy General Counsel, Wikimedia Foundation