Rotterdam in the Netherlands, seen during a commemoration of the Rotterdam Blitz in a featured picture from Trebaxus.

Last week, the English Wikipedia community-written newsletter, Wikipedia Signpost, interviewed two members of WikiProject Cities, users Student7 and JonRidinger. A WikiProject is a team of contributors who wish to improve Wikipedia. Every WikiProject has a special focus area (for example, medieval history) or a particular task (such as, proofreading recently created pages). WikiProject Cities aims to provide up-to-date information in a consistent format across Wiki articles. The term “Cities” is used generically and encompasses towns, villages, hamlets, townships, unincorporated communities, sections of municipalities and neighborhoods.
Interested in cities and motivated by the desire to produce more articles in a standardized format, Student7 and JonRidinger saw WikiProject Cities as a great opportunity to contribute to articles on a subject they were passionate about. The amount of effort put forth by many contributors usually leads to extensive contributions to specific articles, as JonRidinger explains. “I was largely responsible for getting Kent, Ohio to FA [featured article] status and helped with Stephens City, Virginia too.” Naturally, this level of commitment and scrutiny can have its drawbacks, “The issue I faced was burn-out…(but) yes, there were some genuine improvement that were made by going through the process, plus I learned more about what kind of content to include and how to word things better, says JonRidinger.
Deciding which city merits an article or integration into an existing article is a common question. “If It has sources that cover it specifically, it can have a decent article, though if it’s not a large amount of info, I typically don’t see the point of having an article separate from the city article,” says JonRidinger. Student7 adds, “If a country has aggregated people, it should be using these Project standards for the article. A village has to be ‘noticed’ to be ‘notable’ I suppose.” 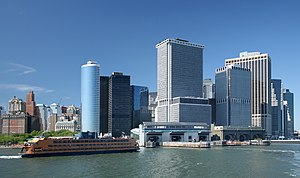 When exploring far-flung settlements, the problem of limited references arises, which is usually not an issue for major metropolitan areas. Student7 stresses the point that there is no real way to circumnavigate this problem nor is there necessarily a quick fix. “In the third world we have all sorts of problems. I don’t think Wikipedia resources should be wasted on ‘remedying’ this problem. 3rd world (cities) don’t take censuses. When they do, they may not be reliable…if the UN has no idea, how can we?”
When asked about pictures, it was agreed upon that every good article needs a good picture, but not too many says Student7. “I hate, truly hate galleries because they stop readers from pursuing material beyond the gallery and they take up too much space,” he explains. JonRidinger adds, “Look at each section and think about what kinds of photos would best help illustrate that section…when I go to a city article, I want to see what that place looks like. I do agree with avoiding galleries. If you have lots of picture, use the Commons Category template at the bottom of the page.”
Student7 and JonRidinger hope that new contributors explore more obscure areas and not the usual cities that already garner a lot of attention. They remind us that WikiProject Cities is here to educate not promote, “We all want our town to look great, but these aren’t promotional brochures. Not only knowing what it is, but helping remove it is also helpful.”
For more info on WikiProject Cities, read the full interview on the Signpost, or go to the WikiProject’s overview page.
Report by Carlos Monterrey, Communications Associate for the Wikimedia Foundation.