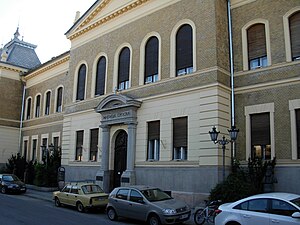 The Matica Srpska (MS) and Wikimedia Serbia (WMRS) are joining forces for an exciting new endeavor to digitalize all of the contents of at least two Serbian dictionaries over the next year, including the Serbian ornithological dictionary, and the dialects of Vojvodina dictionary. What is even more exciting for the free culture movement is this collaboration with Serbia’s oldest cultural and scientific institution, and how it came to be.
Founded in 1826, the Matica – which has become a Slavic symbol for an institution that promotes knowledge – was the nexus point for fostering the Serbian national identity and enlightenment during the days of the Ottoman and later Habsburg rule. Today, it still serves as an important center of Serbian culture, housing departments for Natural Sciences, for Performance Arts and Music, Lexicography and more. Additionally, the Matica Srpska acts as an art gallery for eighteenth and nineteenth century paintings, a library containing over 3.5 million books and a publishing house for ten periodicals and, of course, an array of Serbian dictionaries and encyclopedias.
Milos Rancic, the first president of Wikimedia Serbia, believes that this is a historical feat for Serbian culture and Wikimedia. 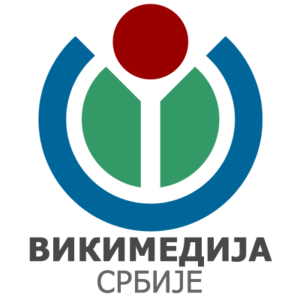 “The significance of this cooperation for Wikimedia is that we are at the beginning of a close relationship with a national, cultural institution, whose foci include dictionaries and encyclopedias. They share our goals and want to cooperate with us.”
But how was Milos able to lay pavement on a potentially ground-breaking agreement between WMRS and MS? The answer: Micro-grants.
Back in June, WMRS received an interesting proposal for its micro-grants program. The project was about creating a photograph gallery of a single person over time. The project was later deemed unsuitable for the grant; but Milos, still intrigued by the concept of the project, decided to fund it personally.
By chance, this amateur photographer just so happened to be a top Serbian lector, an editor of the Orthography of the Serbian language and a lexicographer at the Matica Srpska. The two men proceeded to talk on a number of topics, including photography, the financial state of the MS and its desire to have more initiatives.
“I had bold ideas, of course, but I was quite skeptical about the possibility of cooperation between WMRS and Matica Srpska,” Milos admitted.

“However, he convinced me that the president of MS is likely willing to cooperate and that we should talk about that.”
A meeting was scheduled, and a few weeks later, a delegation comprised of Mile Kis, Executive Director of WMRS, Ivana Madzarevic, WMRS program manager and Milos entered into initial talks with the Matica Srpska.
The meeting lasted two hours. Then, both parties dispersed.
Weeks went by without confirmation from MS.
It was not until July 16 that word arrived. “We got a formal letter from MS, which summarized our meeting and emphasized their commitment to accessibility of knowledge to as many people as possible.”
Milos notes that small, deliberate steps are necessary in order to achieve lasting results. “This is just the beginning, of course. We share important traits with these institutions like MS. It’s about long term goals. We want to start cooperation and develop it. They want to share their content on the Internet. With our (technological, licensing, etc.) help, they will become the institution which share their content by default, no matter if we are involved or not.”
Over the course of the next couple of years, Milos hopes to begin discussing uploading the main Serbian dictionaries too.
Milos says that one cannot overestimate the efficacy of having a grants program, no matter the size. “When you are going outside and are telling people that you are willing to support their projects, it could lead into some interesting outcomes. It is important to understand the possibilities that could be opened and catch them.”
Michael Guss, Communications volunteer at the Wikimedia Foundation