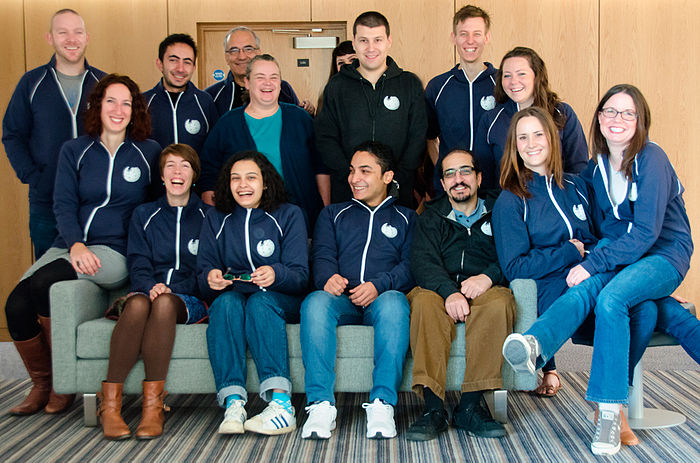 Wikipedia is built upon diversity. A high quality encyclopedia cannot be achieved unless there are opportunities for everyone in the world to contribute to it and people from different cultures, genders and ages are well-represented in the community. Diversity on Wikipedia was one of the reasons that the Wikipedia Education Program was created. The need was growing to unite the volunteer leader efforts from different countries in a space where they can share their experiences and develop their programs. This was also a reason why the Wikipedia Education Collaborative was created.
In March 2012, Frank Schulenburg, the Wikimedia Foundation’s former Senior Director of Programs, who is now the Executive Director of the Wiki Education Foundation, wanted to gather the hands of individuals who believe that “Wikipedia belongs in education” and would like to help boost the use of Wikipedia as a teaching tool in classrooms. This idea, which was then known as the Wikimedia Education Cooperative, was the seed for a newborn movement.

Today, the Wikipedia Education Collaborative, or Collab, is a group of Wikipedia Education Program leaders from several countries around the world whose aim is to share experiences and support other education programs to achieve their goals.
In March 2014, the Collab held a kickoff meeting in Prague, where the founding members were able to define what worked well and what needed more work in their programs and to set a list of tasks to work on together within several  focus areas. During its first six months, the Collab began its work and actions were taken to implement what was planned in Prague. Small teams worked on developing the program in different areas, such as improving the Education Newsletter by the communications group, preparing the Education Portal to share available resources by the resources group and developing ways to recognize students, volunteers and program leaders by the recognition group.

On November 1st, the Collab members gathered in Edinburgh to review their previous projects and set new targets to complete within six months. The morning session was dedicated to sharing ideas and impressions about the Collab, what they think is a great success and what they learned to avoid in the future.
Collab members spent some time on brainstorming objectives they want the Collab to achieve during the next six months and then voted on the most important ones. Following a short selecting process in which members rearranged, added and deleted some ideas, the group settled on a six-month plan with fixed goals:

In the afternoon session, Collab members were divided into small groups so that every one of them could work on one of the new goals and then the whole group gathered to present what they discussed. The meeting ended with each member heading home with new ideas for their education programs and for the Collab.
Mariona Aragay from Catalonia (Spain), who is a new member of the Collab, believes that the Collab’s diversity is an advantage. “The Collaborative is giving me the chance to know people from different parts of the world, where culture and education are so different from the place I’m from,” says Mariona. “This gives me the opportunity to widen my horizons and implement ideas and resources that are working in education programs in other parts of the world.” Mariona wants to help anyone who wants to start or grow a new education program.
Vojtěch Dostál from Czech Republic is one of the founding members of the Collab. He tries to support the idea as much as he can, and he believes that it will be more productive as more people are more passionate about it. Vojtěch elaborates, “I envision the future of the Collab as an open forum for all education programs in the world, as an idea lab and a workshop for new ideas which cannot be done by a single initiative or chapter alone.”
Education program leaders from different countries devote their time and efforts to the Collab to work together to raise awareness about the value of Wikipedia in Education. Their goal is to see Wikipedia in each classroom and to see students all around the world click the [edit] button.
Samir Elsharbaty, Communications Intern, Wikipedia Education Program, Wikimedia Foundation