Last month, the Wikipedia Library announced another round of digital resource access partnerships to the Wikimedia community. These partnerships allow experienced editors in the community and from all around the globe to access research materials behind a paywall in order to advance our goal of creating and sharing a summary of all human knowledge.

One of the longest lasting and most useful donation partnerships has been with journal archive JSTOR, which saw significant participation from non-English editors. We have seen even more participation from around the world as JSTOR expanded their donations, most prominently from languages like German, Spanish, French and Persian. We had expected uptake from the larger Wikimedia communities operating in European languages, but the Persian community pleasantly surprised us.

To find out more, we asked one of our most active Persian editors with a JSTOR account, User:4nn1l2, why he finds the Wikipedia Library important to his work:

Distribution of Persian speakers in the Middle East and central Asia.

Already larger than Arabic, Hebrew, and Turkish Wikipedias, Persian Wikipedia is now the largest Wikipedia of the Middle Eastern languages, and is aspiring to become one of the largest and highest-quality Wikipedias of the world. Like its other Middle Eastern counterparts, Persian Wikipedia has developed mostly around political, religious, and historical topics rather than scientific or medical ones. This may be because Middle East is a fairly small region with a long and rich history. Just consider that Persia, now called Iran, has nearly 2,600 years of recorded history; all three major Abrahamic religions have their origins in the Middle East. Consequently, the humanities play an important role in Persian Wikipedia.

Most of my contributions to Persian Wikipedia are about literature and history of Iran and Islam. The journal Iranian Studies, published by Routledge, is one the most reliable sources concerning that cultural heritage. I had access to this journal through my university library, which was subscribed to Taylor & Francis Online. However, things changed when the international sanctions against Iran expanded and included banking transactions. Subscription fees could not be paid and access to digital libraries became almost impossible one by one. Although there are always some loopholes or backdoors to circumvent the sanctions, the growing difficulties reduced my motivation to work on Wikipedia for free. I found myself always asking fellow Wikipedians who live abroad to send me various individual articles; only God knows how frustrating that was! However, thanks to the Wikipedia Library, I received JSTOR access, which incorporates Iranian Studies; this new access allowed me to continue my work on articles like Kelidar, the longest Persian novel, and the biography of Husayn Va’iz-i Kashifi, a prolific prose-stylist and influential preacher of the Islamic world. I have not nominated them for the Good Article reviews yet, but am going to do so in the near future and try to promote them. 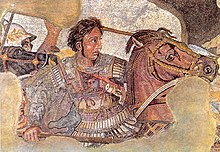 In my opinion, JSTOR access is a must for Persian Wikipedia editors, not just due to the lack of reliable sources in Iran or Afghanistan, but because of the systematic bias and censorship that is so prevalent among books published in these countries. Leaving controversial religious subjects untouched, let me point out my first-hand experience of a historical matter: Iranians (Persians) are so proud of their ancient history that it is nearly impossible to find an academic book about Alexander the Great, or as Iranians call him “Alexander the Accursed,” just because he ousted the Achaemenid Empire from power about 2300 years ago. This is not because of the government, but people themselves who would boycott the publisher that dares to publish such books. I was going to write a thorough article about Alexander the Great, but after facing such a hindrance, I had to content myself with just translating the English Wikipedia article. I’m sure there are lots of other similar, untold and unheard stories. It’s perfectly clear that JSTOR access and the Wikipedia Library can’t be waved like magic wands to solve all the problems, but they can give editors some small tools to begin remedying the situation. These can beneficially provide reliable sources for volunteer editors who devote their time to build a better world by sharing their knowledge.

I even consider the Wikipedia Library a helpful project to counter the systemic bias in English Wikipedia itself. While every river or hill in North America or Europe has its own article, many vital issues concerning developing countries have not been covered. By getting global editors like me free access to rich digital libraries, we will be even more encouraged to write decent articles about our culture and geography in your language.