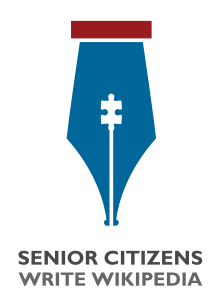 When we announced that we were starting a Wikipedia outreach program aimed at senior citizens, the response was mixed. “Do they even know how to work with computers?” our colleagues asked. Indeed, while more than 10,000 students have participated in Wikipedia education programs worldwide in the last four years, there have only been a few small-scale senior citizen education programs.

This low Wikimedia outreach towards senior citizens is bewildering. Many of them are retired and thus have more free time than their younger student counterparts. Moreover, they are often well-educated and can contribute articles on a range of topics. Most importantly, senior citizens in developed countries are increasingly computer literate. The aim of this blog post is to shed light on what may be the next big thing in the Wikimedia education movement.

Although we had extensive know-how from our university education program, we realized that the senior education program could not just copy what we learned from students. First, senior citizens do not regularly visit classrooms every day, as university students do. We needed to establish partnerships with institutions that could replace the schools – municipal libraries, senior citizen learning centers and third-age universities proved to be the most valuable.

Facebook ads targeted people aged 55 or older; women that were between 55 and 65 years old interacted most with these ads.
Facebook graph by Vojtěch Dostál, under CC-BY-SA-4.0.

Moreover, we needed to find a way to tell senior citizens about our project, so that they could take part in it. We came up with several promotional strategies: some were successful and some not-so-good. Leaflets distributed and e-mails sent out in large quantities were among the least efficient. Featuring our project in the library and senior center newsletters were key to our success. In addition, promotional talks and introductory lectures on Wikipedia to an audience of senior citizens were quite effective: crucially, these were given by professor Jan Sokol (also a Czech Wikipedian), a prominent figure who was able to attract large crowds. Age-targeted ads on Facebook were also a promising way of reaching out to senior citizens who use the Internet, and especially engaged women aged 55 to 65.

Finally, we knew we needed to establish well-organized, regular courses and be as patient and helpful as possible. By designing a course curriculum with approximately 10-12 hours divided into several weekly lessons, we ensured that our participants had enough time to first understand Wikipedia, then learn to discuss and work in a sandbox — and finally edit and write articles. Inevitably, this was time-consuming for the instructor (and program leader) but it led to superior results, as described in the next section.

Three separate weekly classes were held for the senior citizens of Prague, each in a different part of the city. A total of 37 participants registered to the course extension on Czech Wikipedia (although some of them did not finish the courses). A brief visit to their user pages reveals how valuable these participants are as Wikipedians – most of them have a college education, speak various languages, and some of them are former researchers.

Weekly edits by participants to articles (orange), compared to all other pages (blue).
Edit graph by Vojtěch Dostál, under CC-BY-SA-4.0.

Not only did they learn how Wikipedia works and how to edit it, but they already started working on it. Of 201,912 bytes added by the participants in total, 84,828 bytes were made on pages in the main namespace. Some of the participants even created their first articles – a total of 18 new articles were written. About half of the registered senior citizens still continue to edit (i.e. edited in December 2014 after their course ended at the end of October). This retention rate is superior to that of most university education programs, where success rate of new editor recruitment has been estimated as 3% for the US/Canada Education program.

As a pilot, the program exceeded our expectations. We demonstrated that it is perfectly possible to run a senior citizen education program and had good results with retention. Promotion to our target group was the biggest challenge – this may get easier once word spreads to more senior citizens, as they talk to each other about this successful program.

We would like to continue with these efforts and scale up the project, if we can get more funding. Our participants often want to keep meeting in real life to improve their grasp of Wikipedia. They want to practice writing articles and gradually become independent editors. Among other things, we try to help them by creating lists of articles which they can easily start or edit. By organizing similar courses in cities other than Prague, the number of participants is likely to increase. We already have interested libraries in regional towns and cities of Moravia who wish to hold lessons for their senior citizens.

The “Senior Citizens Write Wikipedia” project is funded by an IEG grant and runs under the patronage of Wikimedia Czech Republic. The program leader is Vojtěch Veselý, who can be contacted on a Wikipedia discussion page or by e-mail.