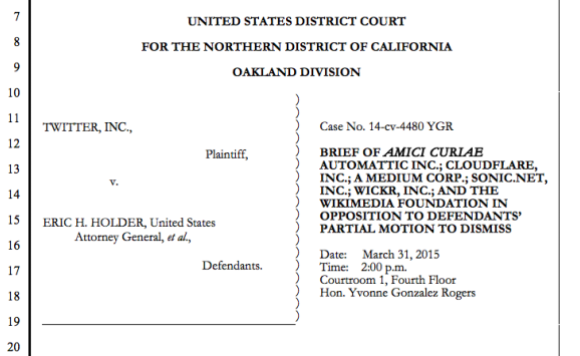 “This case is about an Internet company’s desire to be open and honest about its role—or lack thereof—in national security investigations in the post-Edward Snowden era. . . . Amici believe that to truly have a government for the people, by the people, we must have an informed citizenry.”

We, along with the co-signers of this brief, hope that the court will hear the case on its merits and provide much-needed clarity on these sensitive topics — and enable all organizations to inform their users on the practices of the government within reasonable ranges of accuracy.
Michelle Paulson, Senior Legal Counsel, Wikimedia Foundation
Geoff Brigham, General Counsel, Wikimedia Foundation