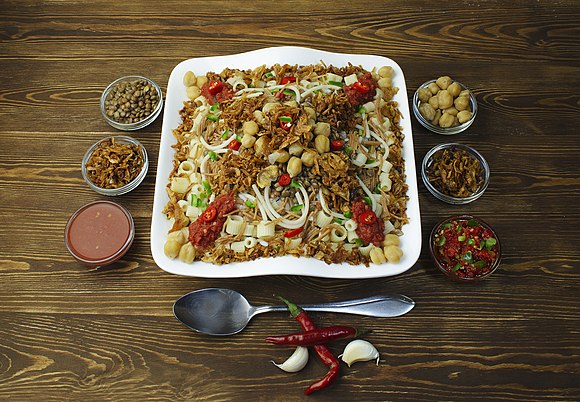 A plate of koshary, the most popular food in Egypt. This picture was taken for “Wiki Loves Africa Cuisine”, a photo contest about african food. Photo by Dina Said, licensed under CC BY-SA 4.0
The Wiki Loves Africa organizing team is proud to announce the winners of this year’s photo contest — and invites you to vote for the Community Prize.

Wiki Loves Africa (WLAf) is an annual contest that invites people from across Africa (and beyond) to contribute media (photographs, video and audio) on a specific theme. All photos are posted to Wikimedia Commons, where they can be freely used on Wikipedia and other Wikimedia projects.
This year’s theme for the Wiki Loves Africa contest was Cuisine!
The 2014 contest invited entries that document diverse types of cuisines from across the African continent. Participants could submit media on a variety of topics: “foods”, “dishes”, “crops”, “husbandry”, “culinary art”, “cooking methods”, “utensils”, “food markets”, “festivals”, “culinary events”, “famine food” — and any other issues related to food in Africa. The contest aimed to feature the pride we feel about the food we eat, how it is prepared, what it looks like, how it differs from other types of food, which types of rituals may be observed, and how that cuisine reflects the many and diverse cultures of Africa.
The contest ran for two months, from October 1 until November 30, 2014. It took place across all of Africa. The project was facilitated by WikiAfrica at the Africa Centre and funded by Orange Foundation and the Wikimedia Foundation.

Wiki Loves Africa Cuisine engaged community members in a variety of ways, such as this cooking contest at the Rotary Club in Tema, Ghana. Photo by Dromo Tetteh, CC BY-SA 4.0 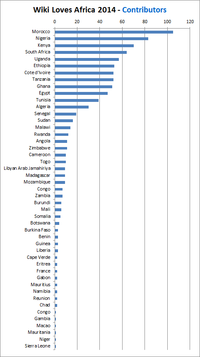 Wiki Loves Africa had several positive outcomes for the Wikimedia movement: it helped increase the amount of free content on Commons; and it also increased the visibility of Wikimedia projects in Africa. To make this possible, local teams were formed on the ground in Côte d’Ivoire, Ghana, Egypt, Ethiopia, Malawi, South Africa, Tunisia, Algeria or Uganda. These country teams, made up of existing or new groups of volunteers, hosted specific events as part of the contest. In the end, 27 different local events were organized over the two months, to foster and support participation. Three cooking sessions were organized, which resulted in more images (and were apparently lots of fun). Other local teams organized photo hunts (in a market place, for example), followed by uploading sessions. Three press conferences were organized locally and resulted in media exposure, which not only drove participation but also cast a much needed light on Wikimedia projects in those countries.
Overall, this project added 6,116 images to Wikimedia Commons, from 873 unique contributors in 49 countries. Countries with the largest number of contributions included: Ivory Coast, Ghana, Tunisia, Uganda, Egypt, Morocco and South Africa (which by and large maps the countries where local teams were involved). But we also noted unexpected enthusiasm and high participation from countries such as Nigeria, Kenya, and Tanzania that did not have local teams.

The Wiki Loves Africa entries were judged by a panel of experts made up of Wikipedians, photographers and food professionals. The judges came from across Africa and beyond, including: Carianne Wilkinson (South Africa), Paul Sika (Cote d’Ivoire), Africa Melane (South Africa), Pierre-Selim Huard (France), Pierre Beaudoin (France), Habib M’henni (Tunisia), and Mike Peel (United Kingdom).
After several weeks of evaluation, they chose the following images: 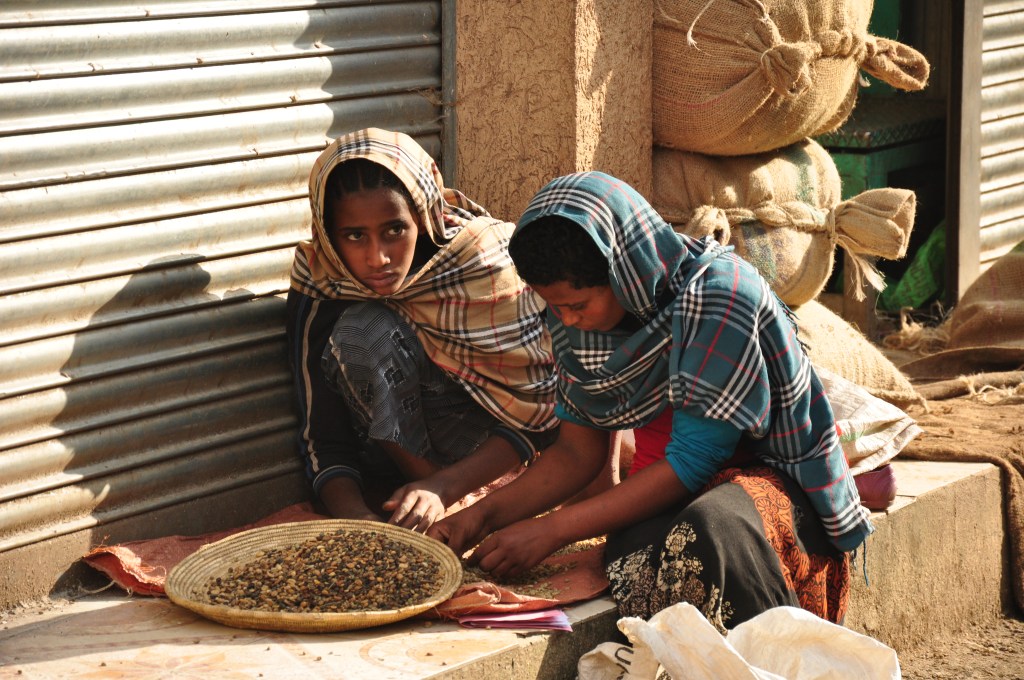 Here are the prizes the winners will receive:

Congratulations to the winners and thank you to everyone who helped organize the contest this year!
Check out some of the best images on the contest page!

Here are the twenty photos you can choose from:

Thanks and next steps

We hope that the Wiki Loves Africa 2014 contest will foster more content creation in the coming year: this could range from the new article creation, to documenting what the pictures are about, or adding recipes in Wikibooks (see Cuisine ivoirienne). We hope these photos will make their way to illustrate many articles on various food-related subjects.
The local teams are eager to participate in the next Wiki Loves Africa! The 2015 theme is still to be decided. Proposals received by the organizers from local teams are diverse and exciting: Fauna, Modern Art, Wildlife, Clothing, Architecture, Markets, Rites and Rituals are just some of the ideas they have suggested.
Florence Devouard, former chair, Board of Trustees, Wikimedia Foundation
Isla Haddow-Flood, Project Manager, WikiAfrica