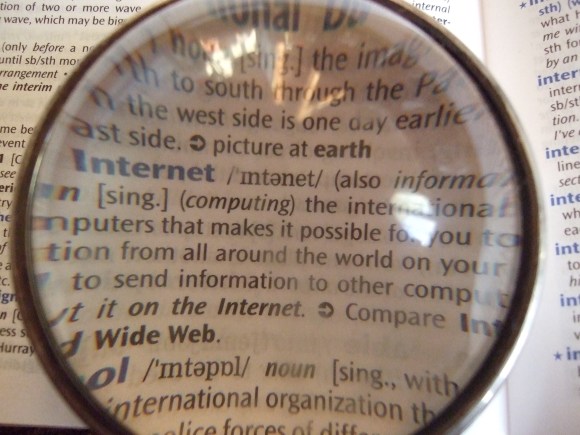 In the second half of 2014, the Wikimedia Foundation received hundreds of requests from governments, individuals, and organizations to disclose nonpublic user data and remove content from the Wikimedia Projects. Only three requests were granted. Photo by Booksworm, freely licensed under CC-BY-SA-3.0.

We are pleased to announce the release of our biannual update to the Wikimedia Foundation’s Transparency Report. Transparency has always been core to our mission, and last year’s first-ever report was a step forward in achieving even greater openness for the Wikimedia community of users. This year’s report details how, of the 201 content and copyright takedown requests we received from July through December 2014, only three were granted.
As supporters of the world’s largest free knowledge resource, the Wikimedia Foundation regularly receives requests from governments, individuals, and organizations to disclose nonpublic user data and remove content from the Wikimedia Projects. These requests often conflict with our mission of making the sum of all knowledge freely available to everyone, and our commitment to protecting user privacy. Our Transparency Report documents these requests, their origins, and how we responded to them.
The first report published in August 2014, which covered requests from July 2012 through June 2014, documented how we complied with none of the 304 general content removal requests received during this time. The current update continues this practice with fresh numbers. We’ve also highlighted new, interesting stories from this period and have included even more information about the requests we’ve received. The report now documents which government entities made requests for user data, sheds light on requests made under the European Union’s so-called “right to be forgotten,” and discusses our infrequent voluntary information disclosures during emergency situations.
The recently released report focuses on three key areas: :

* This transparency report would not have been possible without the help of many individuals, including: Moiz Syed, Prateek Saxena, Jacob Rogers, James Buatti, Aeryn Palmer, Katherine Maher, Jove Oliver, James Alexander, and Patrick Earley.