The European Union is discussing important issues that can impact Wikimedia projects, such as net neutrality regulation, a new data protection law and a major copyright reform. Wikimedia Sweden has created an overview of relevant proposals. Photo by JLogan, public domain.

The European Commission has placed the creation of a “Digital Single Market” at the top of its agenda for the upcoming year. The goal is to boost economic growth through reforms that open up European digital markets to cross-border competition. Several of the components of this agenda could have a real impact on Wikimedia projects.

Many reports, strategy papers and proposals on Internet regulation are floating around in the European Commission. To make sure that nothing important slips under the radar, Wikimedia Sweden has produced an overview of issues under discussion. The overview aims to include all upcoming and ongoing proposals that need scrutiny within the European Union institution. 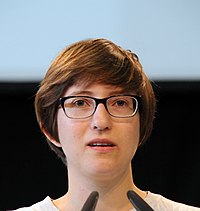 European Parliament Member Felix Reda has drafted a report on European copyright reform. The report is one of the many initiatives that Wikimedians in Brussels are following. Photo by Joachim S. Müller, CC BY-SA 2.0.

A European net neutrality regulation, a new data protection legislation and a major copyright reform package are some of the agenda items that may affect Wikimedia activities. Where we put our efforts should ideally depend on each proposal’s potential to impact on our work and also on our ability influence the outcome.

Unlike the national political institutions in the European Union’s member states, the institutions in Brussels are not well known. European Union politics attract little attention, considering the powers that have been invested in Brussels in the last decades. We are therefore prone to let legislative processes pass under our noses, only to recognize their significance when the new laws come into effect.

Every European Union proposal included in the overview has been divided into three sections:

In many cases it is not obvious how much and in which ways a proposal will impact the Wikimedia free-knowledge efforts. A proposal’s path from conception to law is long and seldom straightforward. Sometimes several institutions work in parallel with the same piece of legislation, and often proposals get stuck in the machinery.

One purpose for our overview is to create a basis for prioritizing, so that we use our time and our resources wisely.

We would like to invite every Wikimedian to contribute to this overview, through edits and comments on the discussion page.