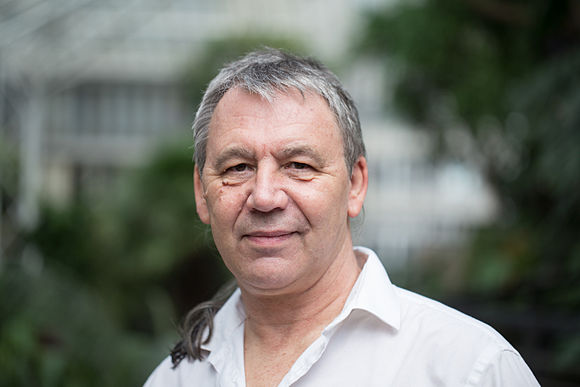 Scuba diver Doug Taylor took a plunge to fix an error on a Wikipedia article in 2008, and is now an active contributor to the free knowledge movement. Photo by Helpameout, CC BY-SA 4.0.

A flowchart of diver certification grades in the United Kingdom. Chart by RexxS, CC BY-SA 3.0.

Expert scuba diver Doug Taylor has been diving into all sorts of bodies of water for decades. He has taught recreational diving for more than 20 years as a national instructor for the Sub-Aqua Association in the United Kingdom. He even swam beneath floating ice in freezing water, an experience he describes as peaceful and absolutely breathtaking. When he is on shore, Taylor spends his time editing and writing Wikipedia articles about scuba diving.

Doug’s 24-year experience as a teacher in secondary education led him to catch a mistake on Wikipedia and making his first edit in January 2008. “The reason I got involved with Wikipedia was because I was a scuba diver and I read an article on nitrogen narcosis and spotted an error and said ‘Oh no, that’s not right’”.

So he created an account to fix that mistake, and went on to create over 20 articles, mostly about scuba diving — on topics like oxygen toxicity and other conditions related to deep diving. For his Wikipedia endeavors, Taylor goes by the name Rex Schneider, which has been his virtual alter ego since the days of Usenet.

In 2012, he was elected to be a trustee of Wikimedia UK and dedicated himself full time to developing and improving issues that the organization faced that year. Taylor tells us that he continues to go to Wikipedia meetups in the UK. “Oh sure, I’m definitely stuck into [Wikipedia] … I even have to force myself to take breaks once in a while.” He adds, “I’ve been known to work through the night — and the last thing that kept me awake all night was sorting out a module that imports Wikidata into info boxes in Wikimedia.”

After his article on oxygen toxicity became a featured article, and his list on signs and symptoms of diving became the first featured list in Wikipedia, he decided to join WikiProject Medicine, to share more knowledge about the medical conditions related to diving.

The Wikiproject Med Foundation aims to educate and inform others through providing accurate and reliable knowledge on medical conditions that go beyond illnesses related to scuba diving. “Over the years, we decided that it would be great to have an organization that has a life of its own; so we created an organization, a non profit charity in the United States,” Taylor says.

Thanks to his positive experience as a contributor, he has now become an active promoter of Wikipedia and the free knowledge movement: “We want to create something with it after all, it’s the biggest encyclopedia — and it only works because of all the people put their time into it.”