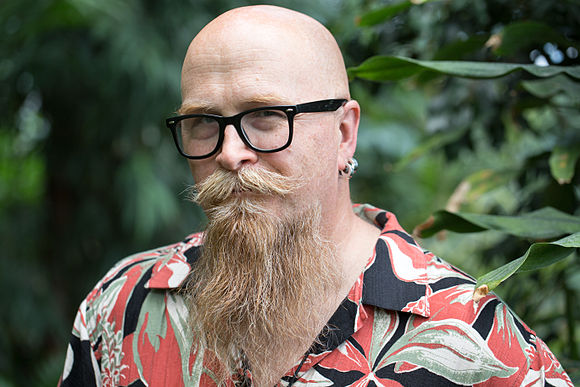 Geoffrey Bilder is working to prevent the death of hyperlinks on Wikipedia, also known as “link rot”. Photo by Helpameout, freely licensed under CC BY-SA 4.0.

Reading scholarly work on print often involves frequent interruptions, as footnotes and endnotes would often call for midstream re-evaluation for readers who dart back and forth from passage to citation. This jumping around has become a natural process of reading on the Internet, where bright blue hyperlinks can be followed with a single click. Still, while hyperlinks may have smoothed out the jarring experience of reading printed scholarly text, they do have one major disadvantage.

Geoffrey Bilder calls it “link rot“: the demise of hyperlinks that no longer point to their original resource.

Bilder has spent 15 years in the scholarly communication industry and has used Wikipedia since the early 2000s. He tells us that the average lifespan of a hyperlink has been a mere six years—after that time, the many of the pages being linked to will be taken down or moved to a new location. As such, the original link is no longer useful as a citation tool.

This widespread “link rot” troubles Bilder, who is concerned that broken citations can undermine the reliability of online scholarly work. To address this issue, he joined CrossRef, a non-profit organization that provides web resources and the infrastructure to keep hyperlinks working.

What the infrastructure does is rather simple: it decouples the location of an item on the web from its identifier. This allows people to easily update the identifier, thereby preventing the link from breaking if the location of the item changes.

Bilder adds that while you might “think the National Institutes of Health or Scopus, a gigantic scholarly database, would far exceed Wikipedia in terms of web referral power, but Wikipedia is right up there!”

That’s despite the fact that only a fraction of Wikipedia articles cite any scholarly references.

“Because a lot of people have been referring to scholarly literature, we try to make sure that cross-publisher citations do not break in six years, are always up-to-date, and always point to the same material,” says Bilder.

In 2014, Bilder and his team launched an initiative to better integrate scholarly literature and scholarly identifiers into Wikipedia.

“What we are starting to realize is that a lot of the citation tools in Wikipedia have not been updated for a long time,” he says. “Since then we’ve been working on trying to get real-time feed of DOI citations from the all the different language wikipedias.”

The idea behind the project, called DOI Event Tracking (DET), is to eventually feed the citation data from Wikipedia into a more general tool that will allow scholarly communities to track mentions of DOIs that occur outside of the formal scholarly literature.