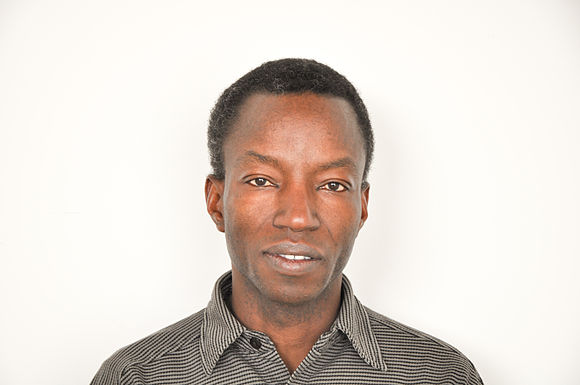 Mohomodou Houssouba is intimately tied to his home country of Mali and the Songhay languages spoken by around six percent of his country’s population, spread over a vast area in the central and northern regions of the country. He has spent the last two years working on a plan to build a Songhay Wikipedia that may help bring free knowledge to the people of west Africa.
Houssouba was born and raised in Gao, a city in the northeastern region of Mali on the Niger River. Historically, Gao was the capital of the Songhay Empire in the 15th and 16th centuries, and the language—Songhay and its various idioms—has become a lingua franca in the northern part of the country, especially along the Niger River. It remains an important cross-border vehicular language, spoken in five countries (Algeria, Benin, Burkina Faso, Mali, and Niger), with enclaves in Sudan and sizable diasporas across west Africa.
Houssouba studied English at the national teacher-training college in Mali’s capital, Bamako, and wrote his Bachelor’s thesis on traditional Songhay poetic expression. “I started writing French or English, and tried to write in Songhay, but mostly in poetry,” he says. “I think that is how my interest in the language grew up. My interest in creating other things in the language, like translating software into the language, that came twenty years later.”
Indeed, he played a key role in localizing Mozilla‘s Firefox 4 browser for use in the language. He is also a co-founder of Songhay.org, an online resource providing information on the Songhay language and culture. He is now a literary scholar at the Univeristy of Basel in Switzerland.
Much of Houssouba’s interest in history and language stems from his father. Though his father could not read, he possessed an incredible memory for events and stories in his past, including his experience of French colonial rule.
“He came of age during the colonial period, where people lived under French colonization with all kinds of restrictions. There was a labor regime in which he had to participate when he was very young,” Houssouba says. “I recorded a lot of him telling different stories of the genealogy of my family, or the village, or the whole region going back hundreds of miles. When you try to transcribe it, it is really linear, really something you just have to write down.”
Houssouba’s father was a historian—a “local, traditional historian”—whose stories, passed down the family line, served as a public record of life in Gao. He was also highly skilled in the Songhay tongue. “He was really a master of that language,” Houssouba says. “I always got fascinated by how many nuances [there] are in this seemingly simple [language]. Seemingly short words are fairly simple to write and pronounce, but one word can have so many interpretations and so many connotations.”
On Wikipedia, Houssouba’s goals involve moving on with a Songhay-language version of Wikipedia. He began work on translating the MediaWiki interface into Songhay in 2011, but says he only found time to devote to the project at the end of 2013. Now, the translation is complete.
“The second phase is to collect articles and publish them,” he explains. “A mid- to long-term [goal] is to have a Songhay Wikipedia domain, where we could have hundreds, thousands of articles that people publish [in the Songhay language] on Wikipedia.”
He envisions the project as providing cultural information in Songhay relating to the culture and history of the region. Houssouba does, however, concede that it is difficult to define Songhay as a language in its own right, since many of its dialects are so wildly varied. “It is sometimes put in one category of languages, other times taken as an isolated [language],” he says.
While Mali has introduced Songhay in schools in the Gao region, there are a lack of well-trained teachers and adequate teaching material in the language. “This is an important aspect,” he explains, “since the Internet is not readily available in that part of the world. The encyclopedia idea is to have a platform in which a lot of knowledge—traditional and modern—can be collected and translated into Songhay. This can be made available online, but also accessible offline for those who do not have access to the Internet, which is mostly the case for those parts of Mali.
“For us, it is very important to have the production of knowledge by people who speak the language. Articles and text that have been well translated, and those that have been produced directly in the language. These are the two aspects that we hope are complementing each other,” he adds.
“To have a Wikipedia in Songhay, with Songhay content, that could be made available offline… that would be major for us.”
Joe Sutherland, Wikimedia Foundation Communications Intern
Victor Grigas, Wikimedia Foundation Storyteller