An artist’s impression of the newly-discovered planet. Image by NASA, in the public domain.
On Wednesday (July 23), NASA announced the discovery of Kepler-452b, an Earth-like exoplanet orbiting Kepler-452. The discovery, made by the Kepler space telescope, is 1,400 light-years from our solar system—so at the speed of the New Horizons probe (37,000 mph/60,000 km/h), it would take 26 million years to reach. It is the sixth-most Earth-like exoplanet known to date, and the first potentially rocky (that is, not gaseous) superplanet orbiting in the habitable zone of its sun.
Learn more in these related Wikipedia articles: Kepler-452b 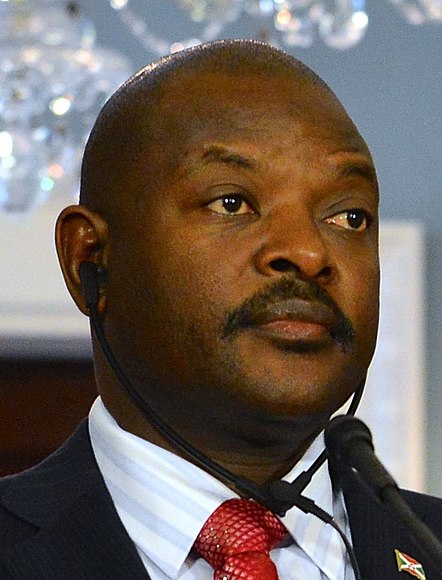 Pierre Nkurunziza won a third term as President of Burundi in an election some claim was illegitimate. Image by the US Department of State, in the public domain.
In last week’s Burundian presidential election, held last Tuesday (July 21), Pierre Nkurunziza won a third term as the President of Burundi. The election was unusual in that all but one of Nkurunziza’s opponents withdrew from the ballot following the announcement that he would be nominated by his party, the National Council for the Defense of Democracy – Forces for the Defense of Democracy. US President Barack Obama, speaking to the African Union in Addis Ababa on Tuesday (July 28), criticised Nkurunziza’s refusal to step down following the end of his term.
Learn more in the related Wikipedia article: Burundian presidential election, 2015 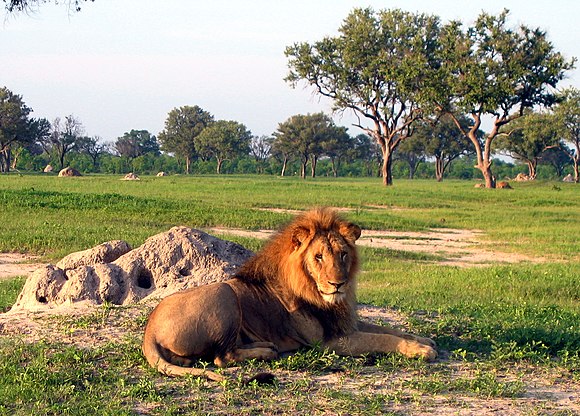 There are a number of lions at the Hwange National Park in Zimbabwe. Image by Flickr user Laura (cardamom), freely licensed under CC-BY 2.0.
Zimbabwean officials say a dentist from Bloomington, Minnesota, killed an iconic lion in Zimbabwe‘s Hwange National Park this month. The lion, named “Cecil“, was a star attraction at the game reserve, and his death sparked a backlash against its apparent hunter. Cecil was lured outside the park and wounded with a crossbow before being shot, beheaded, and skinned two days later. It is thought that the hunter paid around $50,000 in bribes to be able to access Cecil.
Learn more in these related Wikipedia articles: Hwange National Park, Cecil (lion) 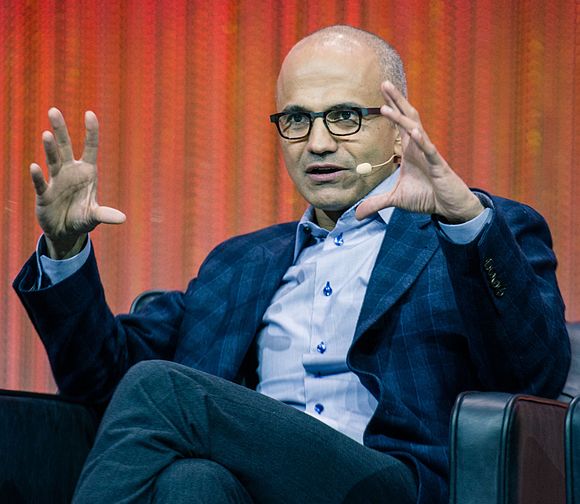 Photo montage credits: “Lion-hwange.jpg” by Flickr user Laura (cardamom), CC-BY 2.0; “Pierre Nkurunziza 2014 press conference (cropped).jpg” by the US Department of State, in the public domain; “Tour de France 2015, groep gele trui (20036329866) (cropped).jpg” by Filip Bossuyt, CC-BY 2.0; “Kepler-452b artist concept.jpg” by NASA, in the public domain; “Satya_Nadella.jpg” by Leweb Photos, CC-BY 2.0; Collage by Andrew Sherman
To see how other news events are covered on the English Wikipedia, check out the ‘In the news’ section on its main page.
Joe Sutherland
Communications InternWikimedia Foundation