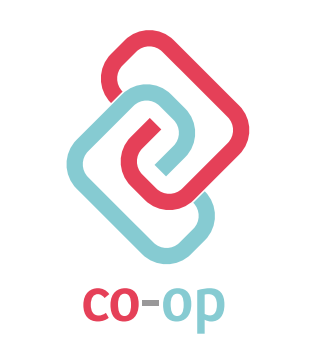 Screenshot of the landing page for the Co-op mentorship space on English Wikipedia. Screenshot by I JethroBT, freely licensed under CC BY-SA 4.0.

What if there was a gathering place on Wikipedia for newer editors to find a mentor? What if we could match these editors to mentors based on their needs and goals? And what if we could do more to help editors beyond pointing them to documentation? This was the motivation behind developing a recently piloted mentorship space called the Co-op on the English Wikipedia.
Funded by an Individual Engagement Grant, myself and our team assessed the current state of help spaces on the English Wikipedia and created the Co-op, a mentorship space informed by our research. For instance, we noted that newer editors are often familiar with some guidelines and policies, but are unsure of how they are implemented in practice. Consequently, we ensured that editors using the Co-op could be matched with mentors to focus on conventions and best practices in editing that are not always easily found in documentation.
Another common theme was that newer editors seeking help were initially overwhelmed by the sheer number of help pages and felt lost. In building the Co-op, we created a system to design mentorships based on concrete topics or problems, rather than leaving them too broad or unfocused.
Using the Co-op is simple: editors are matched with mentors on based on how they wish to contribute, which they specify within a profile. These matching criteria include writing, image help, and technical work (such as syntax), among other topic areas. Editors can provide more specific details about why they are seeking mentorship within their profile as well. A bot then searches and matches the editor to a mentor who has volunteered to teach in that area. The two editors are pinged using the notifications system and informed about the match, where mentorship can then begin. Editors can change their profiles at anytime based on their needs and goals. Mentors can award Co-op barnstars to editors who have achieved their goals during mentorship:

All images by Boruah, freely licensed under CC BY-SA 4.0.
Our final report details the outcomes of our background research in evaluating help spaces on the English Wikipedia in addition to the development and results of the Co-op pilot itself. The pilot was a one-month long experiment that brought in 49 participants to use the Co-op, and was supported by our team in addition to 25 mentors. Here are some key findings on the impact of mentorship through the Co-op:

Based on our findings, the Co-op appears to facilitate positive and productive experiences for editors. As such, we have reopened the Co-op for general use. Our team feels that the broader editing community can begin to take charge of the Co-op to promote its maintenance and growth. There are certainly areas where our mentorship space can be improved, some of which can be found on our phabricator task board. In order for the Co-op to succeed, we also need mentors who are willing to engage with and help teach newer editors. Mentors need not be good at everything on Wikipedia, and can choose to teach only in the areas they are comfortable. If you are interested in becoming a mentor, we invite you to sign up today.
We feel that the Co-op’s model of mentorship shows promise for providing a positive experience for newer editors. Whether you are looking for a mentor, or want to be a mentor, we invite you to check out and participate in the Co-op!
I JethroBT
Co-op Project Manager