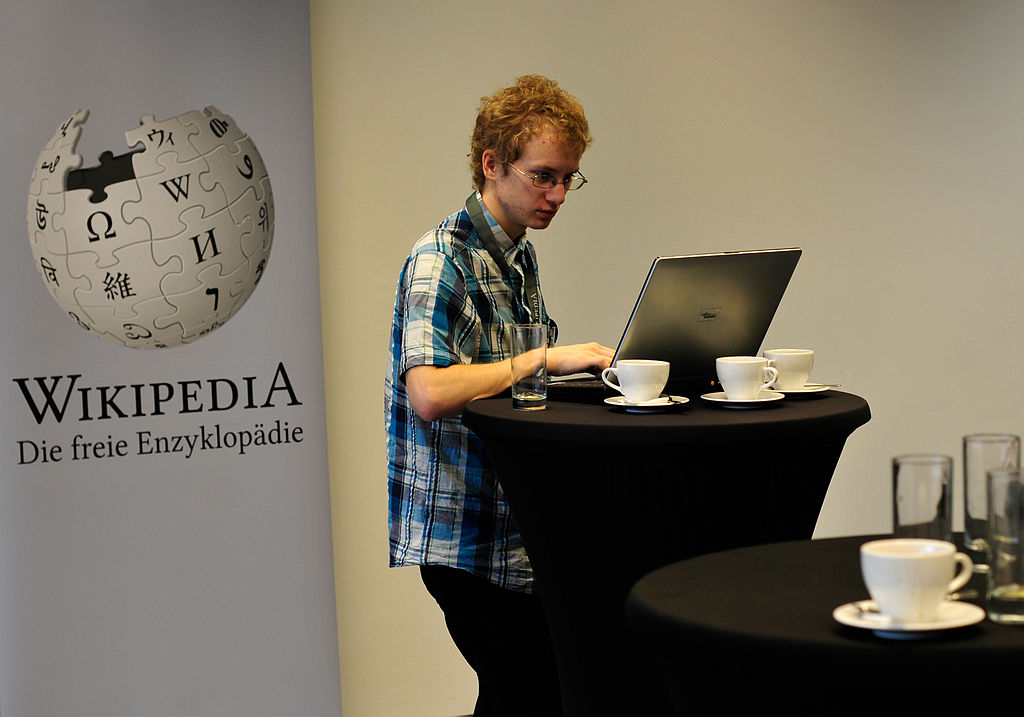 Ivo Kruusamägi, one of the community leaders in charge of the program, speaks in Berlin. Photo by Ralf Roletschek, freely licensed under CC BY-SA 3.0.

The Wikipedia Education Program in Estonia was established to encourage students to contribute to the world of free knowledge on the Internet by editing Wikipedia and bringing experienced editors of the online encyclopedia to work on the ground helping newcomers. The journey was not an easy nor a short one for them. Leaders were able to take the challenge, support their initiative, and learn from their past lessons.

The program initiators had a clear and well-organized plan about what was needed and what would happen from the first day. Kaarel Vaidla, the Executive Director of the Estonian Chapter, Wikimedia Eesti (WM EE), shares some of the secrets behind the beginning of Wikipedia Education Program in Estonia. “There were some university educators who liked Wikipedia and wanted to engage their students in editing it as part of their class work,” he says. “We had several active editors on Wikipedia whose first language is Estonian, who were interested in doing outreach work for Wikipedia too. Those are the two solid bases on which you can build a successful education program: an active Wikipedia community and a group of interested educators.”

Program leaders made several changes later to conform with new circumstances and challenges they meet. “A lot hasn’t worked out as planned and it has been more important to constantly monitor the activities and look for parts that could be changed for better,” Ivo Kruusamägi added.

The community leaders who led the program were Ivo Kruusamägi and Teele Vaalma. They are still at the helm of the program. Ivo and Teele are administrators on the Estonian Wikipedia and are very active on other Wikimedia projects as well. When working with newbies in Wikimedia programs, close mentorship from them helps students to settle into Wikipedia and reduces the conflict between new users and other community leads.

Even though Estonian program leaders are not giving any special attention to increasing gender diversity on Wikipedia, it is thought that around half of the student editors are female. Kruusamägi considers writing encyclopedia articles a totally gender neutral activity: “As half of the students are female, then having some specific strategy to bring in more of them just doesn’t seem necessary,” he says. On the other hand, Kaarel argues: “A smarter strategy to encourage women to edit should be considered, by calling women to edit in their capacity as valuable persons who have the knowledge and the potential to add free knowledge to Wikipedia, they will be more open to participating, rather than asking them to participate because Wikipedia needs female editors.”

The Estonian chapter was not yet established when the first steps towards the education initiative were started, and some articles were created in 2009. Continuous activity started a year later. At the University of Tartu, more than 170 students participated in the initiative in the course “Computer Hardware II”, itself inspired by an IT-article competition held the same spring. Sulev Iva, an administrator on the Võro Wikipedia who teaches South-Estonian languages in Tartu, had already been giving article writing exercises since 2007.

Work with secondary schools started directly after the founding of the chapter in the second half of 2010 with the “Wikipedia in schools” project. This involved giving lectures and conducting surveys about Wikipedia. Lately, the Estonian government, represented by the Ministry of Education and Research, joined these efforts, offering support for the program to integrate it into high schools. Now, an e-course for secondary school students is being assembled.

Kruusamägi, a founder of the local chapter, has mentioned that the education program wasn’t thought through at all when establishing Wikimedia Eesti. He was more hoping it to be useful when organizing different activities, such as the IT-article competition, but he soon saw that those weren’t bringing in as many people as he had hoped. “I focused on the educational part as I saw this to be more stable, cheaper and easier to scale,” he says. “Students have to do their work and it makes the results far more predictable.”

It just so happened that, right after the formation of the chapter, the first project took him to visit eight schools around Estonia as an outreach activity. “But as I see this online encyclopedia as an educational project anyway, then it was probably inevitable that the educational activities started piling up.”

The education program is growing the Estonian Wikipedia community. It attracts more than 300 student editors annually, mostly from the University of Tartu, but also some from the University of Tallinn in the capital. Articles written by these students have around 8,000 characters of text on average, and so far there are roughly 2,000 of them. Exact byte count over all of their articles has never been officially measured, but it is thought to be around 24 million.

On different occasions, WM EE leaders meet Wikimedia community members from around the globe. Interestingly, the Estonians seem to prefer to talk about the lessons they learned from their less-than-successful experiences, rather than simply listing their accomplishments. For example, at the Wikimedia Conference 2014, WM EE board member Eva Lepik and executive director Kaarel Vaidla presented a session about their activity and spoke about what they considered “mistakes”, which they warned others not to repeat!

The situation was a bit different at the Wikimedia CEE Meeting 2014, where Kaarel chose to classify their education program work as “the good, the bad and the neutral“. Still, things might be changing; at the recent Wikimania conference, Kruusamägi gave a talk about their university project and, given the plans presented there, it seems likely that we’ll soon have more reasons to talk about what is happening in the tiny Nordic country.

It is, sometimes, a challenge for online communities to be as successful when they work on the ground as well as online. The Wikipedia Education Program in Estonia is an example of how these two different communities can connect and grow together.