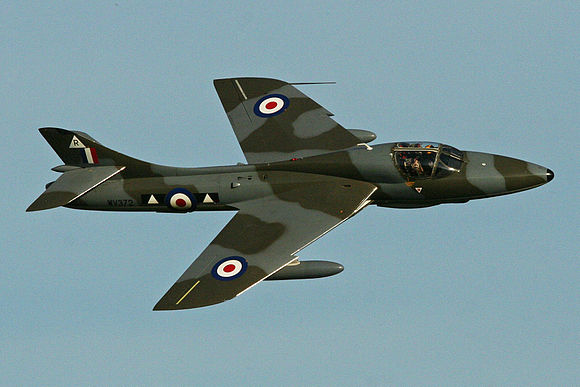 The pilot of the Hawker Hunter, pictured in 2013, is in critical condition. Image by Alan Wilson, freely licensed under CC-BY-SA 2.0.
On Saturday, August 22, a Hawker Hunter T7 jet aircraft crashed into several vehicles on the busy A27 road during a display at the Shoreham Airshow in Shoreham-by-Sea in England. The plane was performing a vertical loop but, for reasons as yet unknown, failed to complete the manoeuvre and crashed. At least 11 people died on the ground and 16 were injured. The pilot, experienced former British Airways captain Andy Hill, is in critical condition. It is the most deadly airshow accident since the 1952 Farnborough air show crash, where 31 died.
Learn more in these related Wikipedia articles: 2015 Shoreham Airshow crash 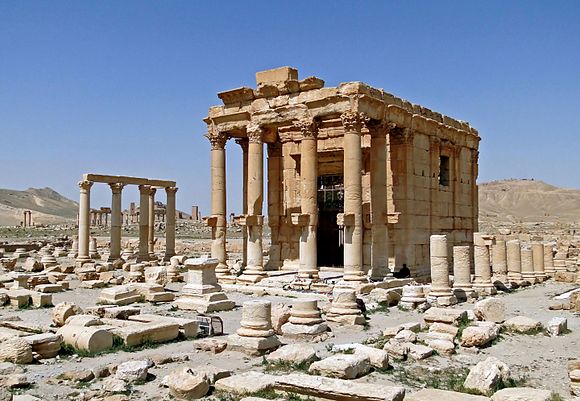 The temple had stood for thousands of years before being demolished. Image by Bernard Gagnon, freely licensed under CC-BY-SA 3.0.
The Temple of Baalshamin, an ancient temple in Palmyra which was built in the second century BCE, was destroyed by the Islamic jihadist group ISIL. The temple has been a UNESCO World Heritage Site since 1980, and classed as “in danger” since 2013. It comes after ISIL allegedly suggested they would not destroy the site and would instead target statues deemed “polytheistic.” Reports conflict as to the actual date of the demolition.
Learn more in the related Wikipedia article: Temple of Baalshamin

Stock markets around the world suffered this week. Image by bfishadow, freely licensed under CC-BY 2.0.
This week proved turbulent for the world’s stock markets, following the crash of the Chinese stock market, which began in June and intensified this week. Several factors compounded the event globally, including the Greek government-debt crisis and the collapse in oil prices. On Monday (August 24), the Dow Jones plunged 1,000 points immediately after trading opened. This was briefly offset by a
morning rally on what US media dubbed “Turnaround Tuesday”, but stocks
failed to rebound and ended more than 200 points below Monday’s
closing. Also impacted were the SENSEX in India and the FTSE in the United Kingdom, both of which suffered, and recovered from, heavy losses.
Learn more in these related Wikipedia articles: 2015 Chinese stock market crash, 2015 stock market selloff 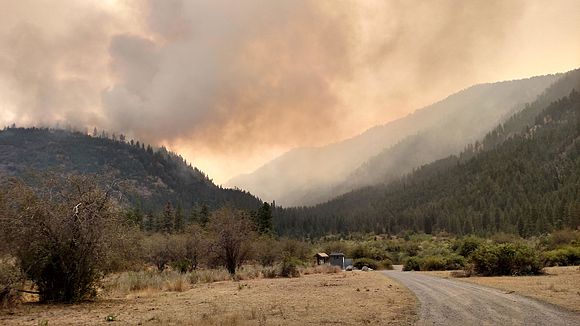 The fire has been burning since August 15. Image by U.S. Department of Agriculture, freely licensed under CC-BY 2.0.
On Monday (August 24), the Okanogan Complex fire, a wildfire burning in Okanogan County, Washington, became the state’s largest-ever wildfire. It began as five separate fires caused by lightning strikes earlier in the month, and has now burned through more than 400 square miles of land. The fire has caused the evacuation of several towns in the county, and thus far more than 1,250 firefighters have been deployed to tackle the blaze. Irregular terrain means that the fires are proving difficult to deal with using traditional methods.
Learn more in the related Wikipedia article: Okanogan Complex fire

The Thalys train, similar to that pictured, was en route from Amsterdam to Paris when the incident took place. Image by Chris Sampson, freely licensed under CC-BY 2.0.
Passengers onboard a Thalys train travelling from Amsterdam to Paris on Friday (August 21) subdued a gunman as the train passed through Oignies, France. The suspect, armed with a Kalashnikov rifle, a Luger pistol and a utility knife, opened fire near the toilets at around 5:45 p.m. Several passengers were involved in tackling the gunman, two of which were off-duty members of the U.S. Armed Forces. Thanks primarily to the passengers’ actions, nobody on board was killed and only five were injured. Seven of the passengers were awarded the Chevalier de la Légion d’honneur, France’s highest decoration.
Learn more in the related Wikipedia article: 2015 Thalys attack