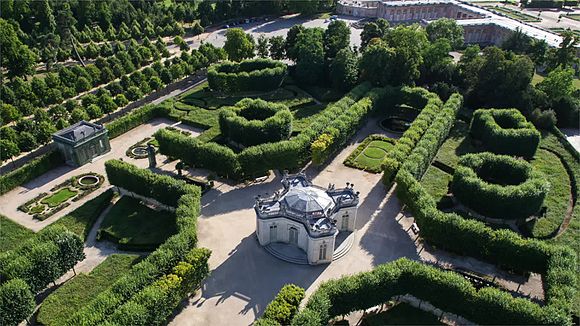 “When you see the gardens from above… it truly reveals all the intricacy, all the details of that work.” Video by Victor Grigas and Reetta Kemppi, freely licensed under CC BY-SA 3.0. You can also view this video on YouTube and Vimeo.

With a plethora of images available online, it’s easy to think that sharing and using those photos ends with just a click and a save. But using licensed photos without going through the proper procedures can land you in hot water, especially with many images requiring permission or even payment every time they are used.
That’s why Lionel Allorge, a photographer and programmer from France, began to release his photography under free licenses to Wikimedia Commons.
Unlike conventionally copyrighted images, images released under Creative Commons licenses do not require permission with every use. In fact, anyone is allowed to share the images or videos freely, as long as the terms of the license are met.
Allorge, a member of Wikimedia France, became interested in licensing his pictures in this way because he was intrigued by the concept of free licensing. He says he had became frustrated by the tedious process of obtaining permission to use photos he’d found online.
He began to upload his pictures to Wikimedia Commons, and has since provided photos of his hometown as well as of monuments around France.
“I took pictures for Wiki Loves Monuments (WLM), a yearly event where people try to take pictures of places that are of historical interest,” says Allorge. “In France, we are pretty rich with these monuments, so it became kind of like a game to try to take a picture of all of them.”
The Palace of Versailles in Paris is just one example of the numerous Allorge photographed for WLM. In fact, many of the monuments are much lesser known, and photographing them has proved to be a unique challenge.
One of Allorge’s favorite and more recent endeavors involved working with the ToucanWings team to shoot Versailles from the air. Aerial photographs of the palace exist, but those photos were not free to use. 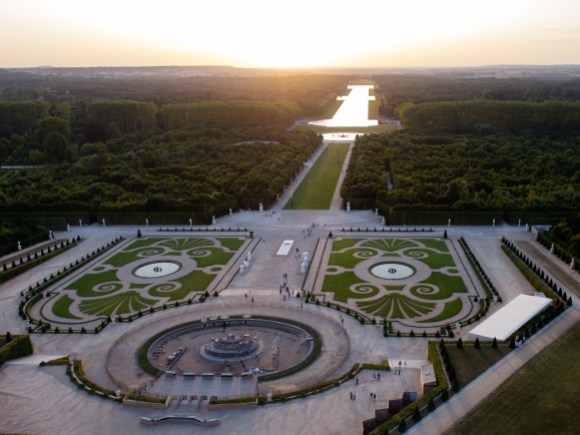 Allorge, along with the ToucanWings team, took many aerial shots of the Palace of Versailles in Paris. Photo by ToucanWings, freely licensed under CC-BY-SA 3.0.
“Everybody was pleased with what we did, especially the people [who run the Palace of Versailles],” he says. “Before, they had to pay to use photos from the sky taken by professionals. Now, because the photos [we took] have a free license, they can reuse it whenever they want.”
Allorge has more recently become involved with “GLAM” projects, where he films and photographs those who work in museums.
“We are working with ceramic factory called Sèvres near Paris, well known for their traditional French ceramics,” explains Allorge. “We are filming the people making those ceramics so we can save that knowledge for future generations.”
He says being able to contribute to Wikipedia in an area that is not a part of his profession has been refreshing. What’s even more exciting for Allorge is how wildly perceptions of Wikipedia have changed over time.
“At first, everyone was suspicious about Wikipedia, not knowing whether it is truthful. But now most people I know trust it as the first place to go when you want to find out about something,” he says.
Because Wikipedia has actively dealt with vandalism on its pages and continues to run without running advertisements, Allorge says his trust in Wikipedia has grown stronger. He adds that it is remarkable that so many, including himself, are dedicated to growing Wikipedia into a accessible and diverse source of knowledge.
“I think the main success factor of Wikipedia is really that it is free as in beer and free as in freedom,” he adds.
Profile by Yoona Ha and Joe Sutherland
Interview by Victor Grigas, Wikimedia Foundation Storyteller