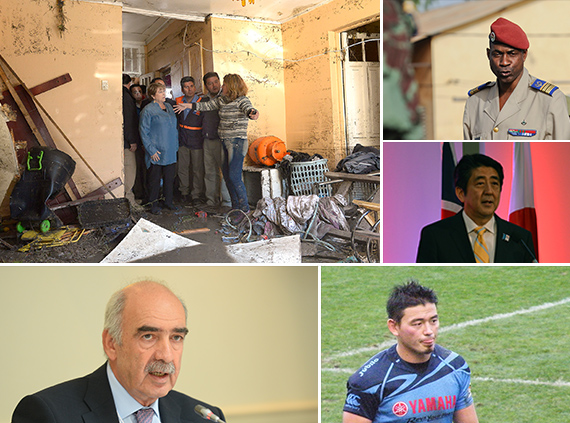 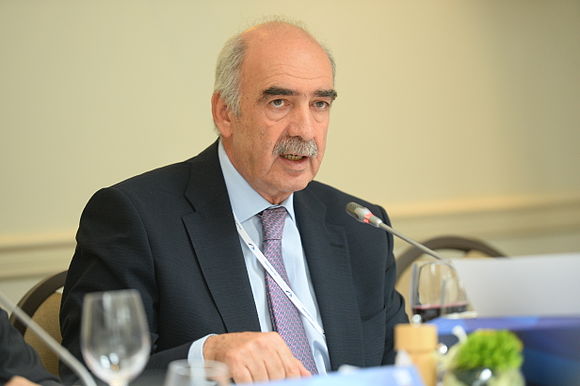 Vangelis Meimarakis, standing against Alexis Tsipras‘s party, conceded defeat. Image by Tm, freely licensed under CC-BY 2.0.
Following Alexis Tsipras‘s resignation as Prime Minister of Greece in August, his party Syriza won in a snap election on Sunday. His party retained its majority, but was six seats short of an absolute majority; it was instead able to reedit its coalition government with the Independent Greeks. Turnout was the lowest seen in Greece since democracy was restored in 1974 at 56.6 percent, which analysts blamed on voter apathy and fatigue. It was the third national vote this year, following a scheduled election in January and a referendum on a European Union bailout in July.
Learn more in the related Wikipedia article: Greek legislative election, September 2015

Shinzō Abe, pictured in 2013, cited the Islamic State group’s activities as partial cause for the legislation. Image by Chatham House, freely licensed under CC-BY 2.0.
Japanese Prime Minister Shinzō Abe and his ruling Liberal Democratic Party on Monday promoted legislation that will allow Japan to enter into foreign conflict. It reinterprets passages in the Japanese constitution relating to attacking in self-defence, instead allowing the military to provide “collective self-defense” abroad for the first time since World War II. Abe cited the beheading of two Japanese hostages by the Islamic State group as reasoning for the legislation. However, it is not without its critics; surveys of experts found the majority of them believed the move was unconstitutional.
Learn more in the related Wikipedia article: 2015 Japanese military legislation 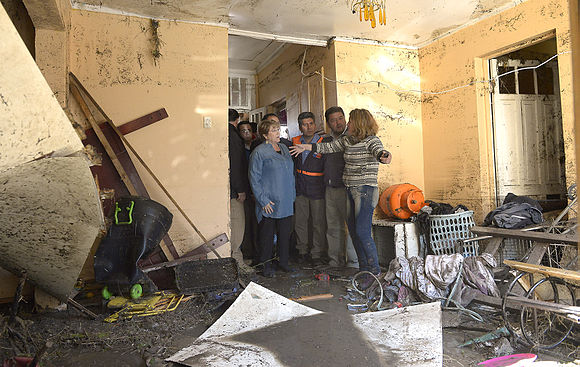 The resultant tsunamis led to widespread flooding and damage to hundreds of buildings. Image by Gobierno de Chile, freely licensed under CC-BY 2.0.
An earthquake with a moment magnitude of 8.3 struck off the coast of Chile at almost 8pm local time on September 16. The quake lasted for at least three minutes, and sparked tsunami warnings in various countries both near and far from the epicenter, including the United States, Ecuador, New Zealand, and Japan. The shock was felt as far away as São Paulo in Brazil, and immediately resulted in blackouts in nearby Chilean cities. Tsunami waves up to 15 feet (4.5 m) high were reported along the coast, and resulted in severe damage to areas near the cities of Coquimbo, Tongoy and Concón. A state of emergency was soon declared in Coquimbo, where large fishing boats were swept into the streets.
Learn more in the related Wikipedia article: 2015 Illapel earthquake

Gilbert Diendéré, pictured in 2010, led the coup. Image by Master Sgt. Jeremiah Erickson, U.S. Air Force, freely licensed under public domain.
Burkina Faso‘s transitional president, Michel Kafando, and incumbent prime minister, Yacouba Isaac Zida, were detained in a coup d’état on September 16. The coup was staged by the Regiment of Presidential Security, led by Gilbert Diendéré to form a temporary military dictatorship in the country. It comes in the wake of last year’s Burkinabé uprising, where a populist movement overthrew long-time president Blaise Compaoré. Compaoré himself came into power in a 1987 coup. In spite of the coup, elections are planned for October.
Learn more in the related Wikipedia article: 2015 Burkinabe coup d’état 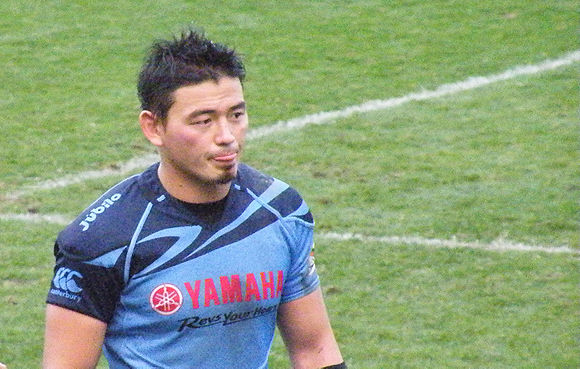 Fullback Ayumu Goromaru scored 24 of Japan’s points during the upset. Image by 埊, freely licensed under CC-BY 4.0.
Japan’s national rugby union team, then ranked thirteenth in the world, defeated two-time Rugby World Cup champions South Africa 34–32 on September 19, a result the BBC labelled “arguably the biggest upset in rugby union history”. Ayumu Goromaru scored 24 of Japan’s 34 points throughout the game to guide them to their first World Cup win, and their first win over a southern hemisphere team, since 1991. It is South Africa’s first opening-day loss in a World Cup for twenty years, and had only ever lost World Cup games to New Zealand, Australia, and England before Japan’s win.
Learn more in the related Wikipedia article: Japan national rugby union team

Photo montage credits: “Mandataria_recorrió_borde_costero_escuchando_a_afectados_por_el_terremoto_(21503021501).jpg” by Gobierno de Chile, CC BY 2.0.; “Burkinabe Col. Gilbert Diendéré, 2010.jpg” by Master Sgt. Jeremiah Erickson, public domain; “Shinzo Abe, Prime Minister of Japan (9092387608).jpg” by Chatham House, CC BY 2.0.; “EPP_Summit,_Brussels,_July_2015_(19444614659).jpg” by EPP, CC BY 2.0.; “Goromaru crop.jpg” by 埊, CC BY 4.0. Collage by Andrew Sherman.
To see how other news events are covered on the English Wikipedia, check out the ‘In the news’ section on its main page.
Joe SutherlandCommunications InternWikimedia Foundation