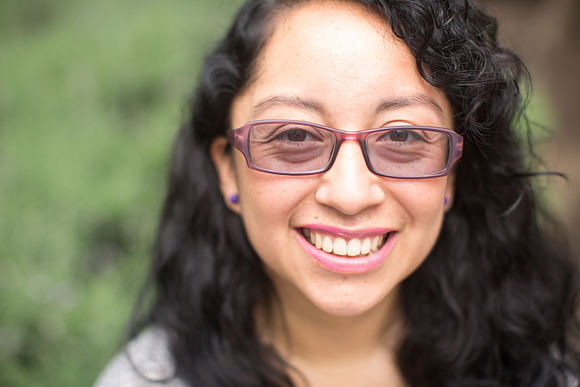 Paulina Sanchez’s beginnings with the Wikimedia movement are far from ordinary. Having been first invited to help organize Wikimania 2015 in Mexico City by a friend, she started out by joining editatonas, which are women-only edit-a-thons run by Mexican Wikimedia volunteers. After just a month, she gave her first workshop on how to edit Wikipedia. Today, in addition to running workshops, she contributes and improves articles on films, literature, female biologists and Chicana feminism in the United States.

Paulina credits her first steps on Wikipedia with Andres “Andy” Cruz y Corro, an environmental engineer and a fellow Wikimania organizer: “After being invited to help organize Wikimania by Andy, I dived right into editing, and about a month after I started editing Wikipedia, I gave my first workshop on how to edit. I didn’t know everything about it, but quickly found that the best way to learn is to teach,” she recalls.

A medical bioscience Ph.D. student at the National Autonomous University of Mexico (UNAM), Paulina admits to being attracted to Wikipedia due to the gap in coverage of female biologists. “There are articles on female scientists such as Marie Curie and all these women who are excellent and very well known, but when I looked for more, for example on [female] biologists on the Spanish Wikipedia, there were just three or so articles, and they were very short. It didn’t measure with the English Wikipedia, which had about 20 articles, but there’s still a gap there, too,” she says. 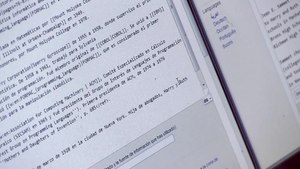 A video report from the second Editatona held at the Biblioteca Vasconcelos in Mexico City in March 2015. Editatonas are women-only edit-a-thons hosted by Mexican Wikimedians that aim to increase gender diversity on Wikipedia. Video by Ivan Martínez, freely licensed under CC BY-SA 3.0.

Aside from her personal interest as a scientist, this gap has affected Paulina on a personal level, too. “This also comes back as a huge social problem, when young women here in Mexico think they can’t be scientists because women scientists are not represented,” she continues. “I have a younger sister … so she says: ‘I have to be an actress or a painter, or something like that.’ And to that I say: ‘No, you can be whatever you want to be.’ ”

A graduate of Scripps College in Claremont California, Paulina uses her experience to run editatonas, which she describes as providing a “safe space for women who are either new to the world of technology or new to Wikipedia and who are passionate about feminism—or any other specific subject—and who want to edit. We also bring in other people who know a lot about a particular topic, even if they don’t know anything about Wikipedia, and have them teach us how to approach subjects that can be controversial or delicate for some people.”

Organizing editatonas is also essential in creating a sense of community. “Besides editing, we also have breaks for food: we bring food or order something together, and take breaks from everything, and talk, and see how everything is going,” Paulina reveals. “The word that I like more than ‘community’ is ‘camaraderie’ — not just in person, but also on-line, like on Facebook, Twitter, mailing lists or on Wikipedia itself.”

As part of her work on improving Wikipedia’s coverage of female scientists, Paulina also contributes to Wikimedia Commons, the shared repository of free media. “For some articles, it’s really hard actually finding the person. If they’re alive, … I can contact them to get a picture of their work or of themselves; if they’re no longer here, and their picture is copyrighted, then some time has to pass before we can use those images—that’s a big problem,” she describes.

This leads Paulina to the often complicated relationship between Wikipedia and the scientific community. “It’s a situation where I think us scientists don’t know everything. We don’t know how Wikipedia works, how it’s all checked to make sure that everything has a reference or a good picture, how it’s open and—you know—correct,” she says. “I think it’s really interesting that we have this bias in the science field when people don’t use Wikipedia because it’s not a ‘right’ source. And I think it would be great if we could reach out to a scientific congress and say: hey, use Wikipedia. We have all these resources, and you could help us spread the word.”

When asked about other subjects she edits about on Wikipedia, Paulina openly admits her love of reading. “I also do a lot of editing on books and literature. I love to read, so I make edits on anything Margaret Atwood or Chuck Palahniuk,” she says.

“It’s addicting, editing Wikipedia. It’s just something I love to do.”