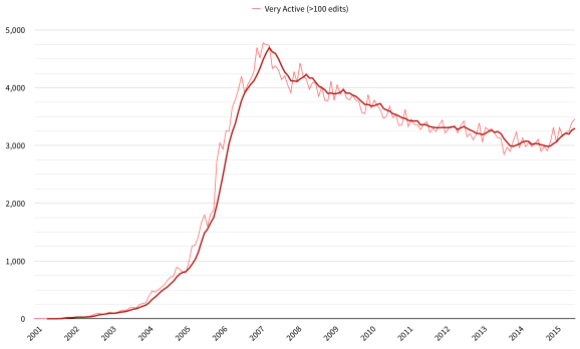 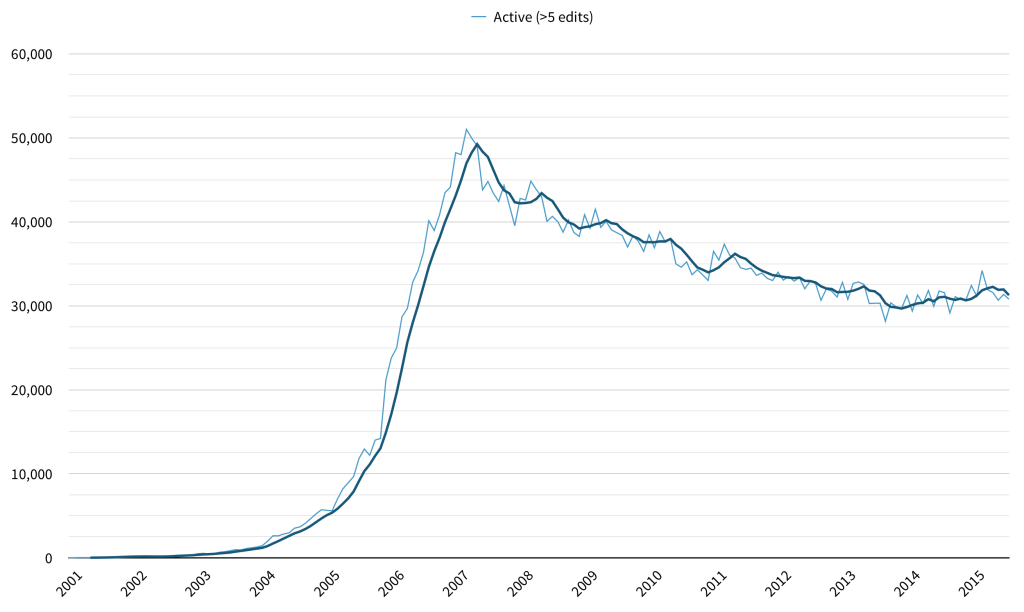 Active editor numbers (>5 edits per month) since the English Wikipedia’s launch in 2001. The thick blue line symbolises a five-month moving average. Graph by Joe Sutherland, in the public domain.