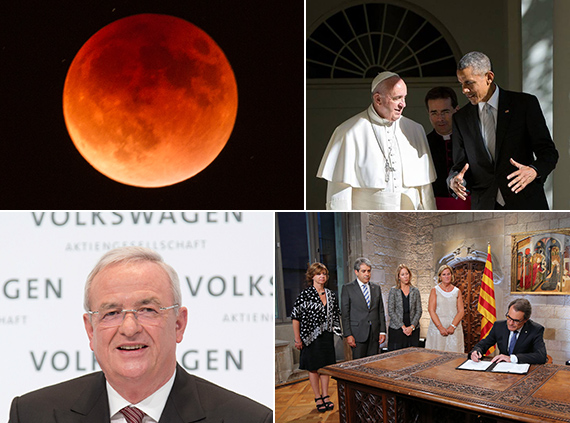 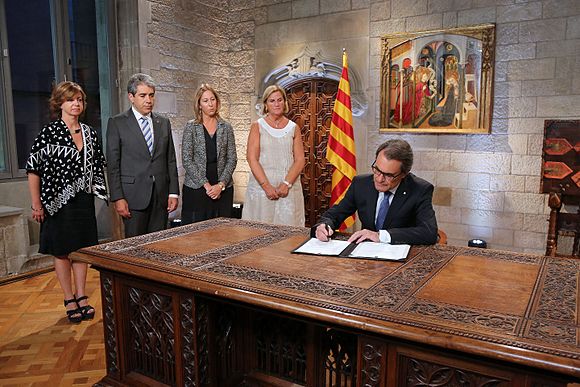 Junts pel Sí, led by the incumbent President of Catalonia Artur Mas, won most of the seats. Image by Generalitat de Catalunya, in the public domain.

Catalonia, an autonomous community in the east of Spain, held its regional parliamentary elections on September 27. The election was announced by President of Catalonia Artur Mas in January, with the intention being to focus the vote on the community’s independence aspirations. Together for Yes, headed by Mas, finished the day with 62 seats, six short of a majority; they are likely to form a coalition with the left-wing Popular Unity Candidacy. The result, though not conclusive, is likely to put pressure on the Spanish general election scheduled for December.

Volkswagen CEO, Martin Winterkorn, resigned in the wake of the announcement. Image by Volkswagen AG, in the public domain.

German car maker Volkswagen (VW) was last week found to have used software designed to circumvent emissions tests in the United States. Around 11 million cars were carrying software which could detect when they were undergoing emissions tests, and activate pollution controls which were otherwise dormant. CEO Martin Winterkorn resigned from the company in the wake of the announcement, and VW stocks fell 20% the day after news broke. VW announced plans to spend $7.3 billion to cover the costs of the scandal on September 22. 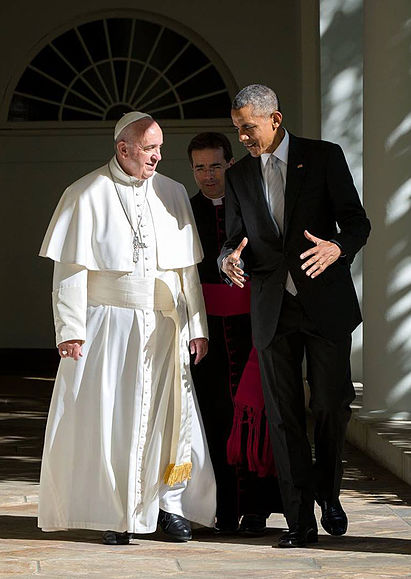 Pope Francis met US President Barack Obama during his time in the country. Image by the White House, in the public domain.

Following a trip to Cuba last week, Pope Francis visited the United States between September 22 and 27. It was the seventh papal visit to the country since it established full diplomatic relations with the Holy See in 1984. During his trip, he made appearances in Washington, DC; New York City, including the United Nations headquarters; and Philadelphia. In a speech delivered to Congress, he discussed a range of issues including immigration, protection for persecuted religious groups including Christians, poverty, capital punishment, and climate change.

Stampede at the Hajj kills hundreds

A stampede at the annual Hajj, a mandatory pilgrimage forming one of the pillars of Islam, resulted in the deaths of at least 1,100 people in Mina, Saudi Arabia. It follows a crane collapse on September 11, which killed 111. It is the deadliest such incident since a stampede in 1990, which resulted in 1,426 deaths. The root cause of the stampede is unclear, but it coincides with multiple obstacles including the hottest temperatures recorded in Mecca for twenty years. Almost a thousand further people are thought to have been injured, while more than a thousand others are as yet unaccounted for. 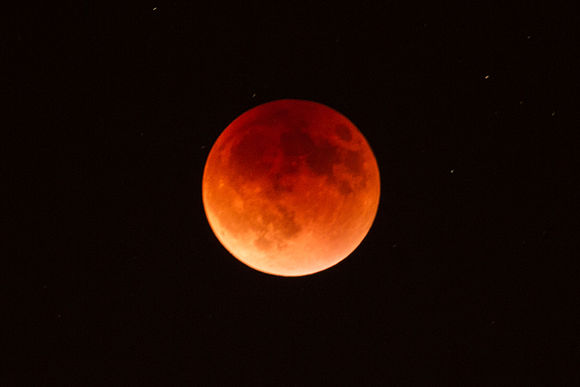 The moon typically appeared red in the sky thanks to Rayleigh scattering. Image by Frank Schulenburg, in the public domain.

A total lunar eclipse took place between September 27 and 28, seen over the Americas, Europe, Africa and parts of Asia. It coincided with a “supermoon“; mid-eclipse, the moon was just 59 minutes past its closest approach to Earth in 2015. The moon appeared up to 12.9% larger in some areas, as well as taking on a red hue due to Rayleigh scattering and the refraction of that light by Earth’s atmosphere into its umbra. It was the final in a tetrad, or four lunar eclipses in a series; the next such eclipse will take place in 2033.