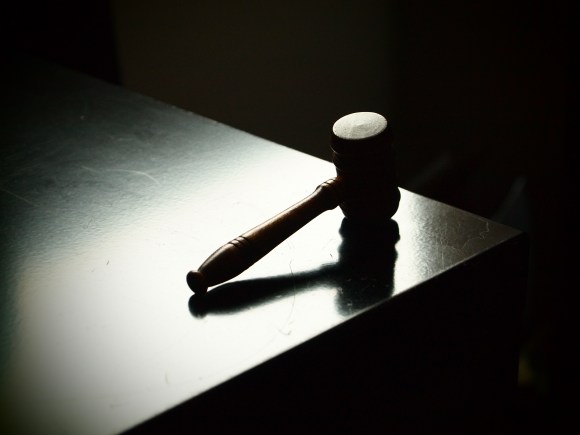 Wikimedia v. NSA lawsuit challenged the U.S. National Security Agency’s use of “Upstream” mass surveillance. Photo by orangesparrow, freely licensed under CC BY-NC-ND 2.0.
Today, a federal district court granted the government’s motion to dismiss Wikimedia v. NSA, our lawsuit challenging the U.S. National Security Agency’s (NSA) use of “Upstream” mass surveillance.
With the help of the ACLU, we filed this lawsuit along with eight other plaintiffs in order to safeguard the rights of the Wikimedia Foundation, our staff, and Wikimedia community members around the world. We continue to feel that the NSA’s mass surveillance poses a serious threat to privacy, freedom of expression, and freedom of association. These rights are essential. Wikimedia users cannot create, collaborate, and share information if they fear being watched.
Unfortunately, the court did not actually rule on whether the NSA’s upstream surveillance is legal or illegal. Judge T.S. Ellis III, the presiding judge, dismissed the case on standing grounds. The court held that our complaint did not plausibly allege that the NSA was monitoring our or other plaintiffs’ communications. Additionally, the court referenced the U.S. Supreme Court decision in Clapper v. Amnesty International, although, in our opinion, the facts before the court were dramatically different from the ones that were before the Supreme Court in Amnesty. 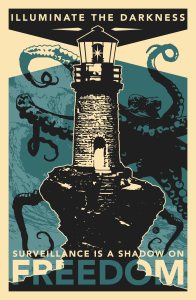 Spread the word about inappropriate surveillance. Art by Rich Black, CC BY 3.0.
We respectfully disagree with the Court’s decision to dismiss. There is no question that Upstream surveillance captures the communications of both the user community and the Wikimedia Foundation itself. We believe that our claims have merit. In consultation with our lawyers at the ACLU, we will review the decision and expect to appeal to the Fourth Circuit Court of Appeals.
We would like to thank our skilled and dedicated pro bono counsel at the American Civil Liberties Union (ACLU) and Cooley, LLP for their dedication and hard work on behalf of the Wikimedia movement. We look forward to the expected appeal, and to having the substance of our claims heard. More information is available from the ACLU, including today’s ruling.
Michelle Paulson, Legal Director*
Geoff Brigham, General Counsel
*Special thanks to all who supported us during and in preparation for this hearing, including Patrick Toomey (ACLU), Jameel Jaffer (ACLU), Alex Abdo (ACLU), Ashley Gorski (ACLU), Aarti Reddy (Cooley), and the Wikimedia Foundation’s Aeryn Palmer, Jim Buatti, Victoria Baranetsky, and Zhou Zhou.