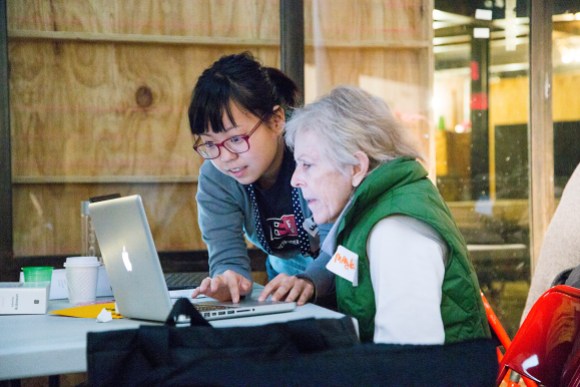 In this post, long-time Wikipedia editor Sydney Poore shares her perspective on the site’s gender imbalance and harassment, along with steps she and other Wikipedians are taking to address them. Photo by Michael Mandiberg, freely licensed under CC BY-SA 3.0.
In recent years we’ve confronted some challenging issues on Wikipedia. Harassment of women editors, hostility toward addressing editor gender imbalance, and underrepresented groups feeling disconnected from the rest of the community have all been ongoing topics of discussion on Wikimedia projects and in the media.
As a longtime Wikipedia editor, I have experienced these firsthand. But I’ve also been involved in community initiatives to address these issues.
I started editing Wikipedia in 2005 as FloNight, after reading a biography of Florence Nightingale. I was inspired by her remarkable advancements in nursing care during the Crimean War that were directly related to her childhood education in mathematics and statistics. After learning about Wikipedia, I could “imagine a world in which every single person on the planet is given free access to the sum of all human knowledge,” and I recognized the power that would have in improving health. 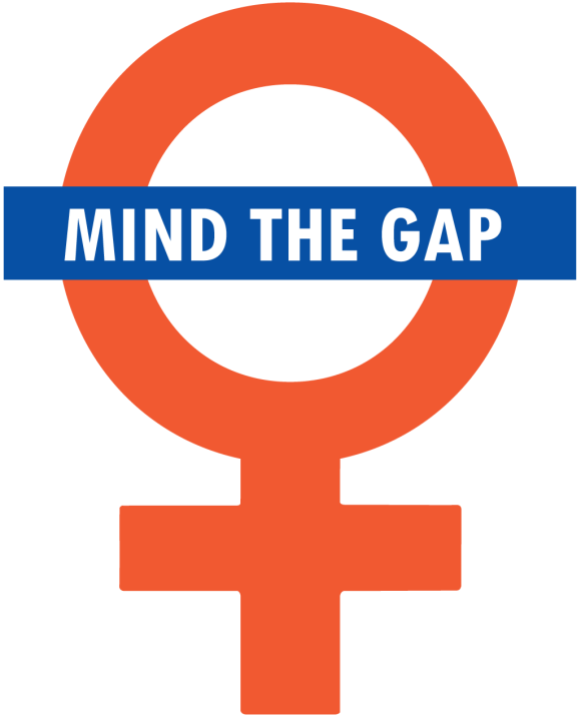 When I began editing Wikipedia, I identified as a woman on my user page, not only to provide an introduction of myself, but as a proud statement that I was part of a movement that was making the world a better place for women.
During my first year, I realized that I was different from most other editors. I was a middle-aged woman, and most other editors were younger men. And I could see that Wikipedia was lacking content that would be written if the community were more diverse. The gender gap on Wikipedia in both content and number of women editors has since been well documented. Also during the first year, I attracted the unwelcome attention of a misogynistic individual who continued to contact me off of the Wikimedia projects for years.
Being geographically distanced from other editors compounded a feeling of being disconnected from other volunteers, despite becoming an administrator, a member of the English Wikipedia Arbitration Committee, and various WikiProjects.
Many of my fellow editors have similar stories. Some have even stopped editing. Yet many of us are still here, and take part in the growing number of projects addressing these issues. I believe we are changing Wikipedia for the better, and we need to recognize this progress.
Concerned members of the Wikimedia community around the world have organized around these issues. From WikiProject Women to the WikiWomen User Group, or the Facebook group WikiWomenCollaborative, the community is coming together to find solutions. We’re also making spaces for informed discussions. From WikiWomen’s Camp in Argentina (2012) to the Wikimedia Academy in Israel (2012), and the San Francisco Gender Gap strategy meeting (2013) to the Diversity Conference and Dialogue in Berlin (2014), people of diverse backgrounds recognize the gender gap and harassment as critical issues in our movement.
Many affiliate organizations within the Wikimedia community are addressing the gender gap in their annual plans. Through these affiliate organizations, Wikipedians are forming partnerships with GLAM (Galleries, libraries, archives, and museums) institutions and universities, and these initiatives are particularly effective in reaching women. The Wikipedia Education Program, run by the Wikimedia Foundation, and the Wiki Education Foundation see high levels of representation by women in courses.
In March 2015 the Wikimedia Foundation’s Inspire Campaign invited people to suggest ideas to end the gender gap found in both article content and the rate of participation of women. From the 266 ideas submitted came 42 grant proposals with ultimately 16 projects being approved for funding.
Many of the Inspire Campaign funded projects focus on organizing events with professional communities or creating partnerships with cultural and educational institutions in order to drawn in a different group of volunteer Wikipedia editors.
Inspire funded projects such as AfroCrowd and Art+Feminism are organizing in person events around the world to add more content related to women. And the West Virginia University Wikipedian in Residence for Gender Equity  is coordinating efforts on campus to create content about women from West Virginia and gender studies.
Because many Inspire Campaign ideas identified harassment as a significant barrier to addressing the gender gap, the Wikimedia Foundation Community Advocacy department and volunteers are exploring ways to create a less hostile editing environment such as a gender gap training programs for administrators  and the introduction of friendly space expectations  on wiki. Plans are under way for a community consultation, and an important survey on harassment is underway now.
Although there is still much more work to do, by joining WikiProject Women or WikiWomen User Group or the Facebook group WikiWomenCollaborative, I feel more connected to people who share my interests—and, we are making progress. I encourage anyone interested in these issues to get involved!
Sydney Poore (FloNight), Wikipedian in Residence
Cochrane Collaboration