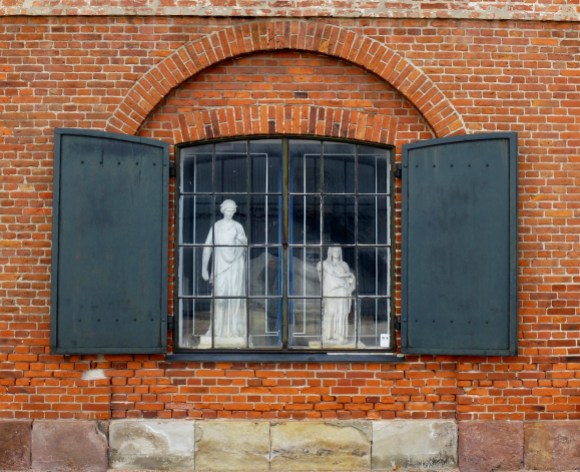 Photo by jelm6, freely licensed under CC BY 2.0.
On October 28, the Reiss Engelhorn Museum in Mannheim, Germany, served a lawsuit against the Wikimedia Foundation and later against Wikimedia Deutschland, the local German chapter of the global Wikimedia movement. The suit concerns copyright claims related to 17 images of the museum’s public domain works of art, which have been uploaded to Wikimedia Commons. The Wikimedia Foundation and Wikimedia Deutschland are reviewing the suit, and will coordinate a reply by the current deadline in December.
The Wikimedia Foundation and Wikimedia Deutschland stand firmly in our commitment to making public works freely and openly available. Public institutions such as galleries and museums serve a similar mission, and have historically been our allies in making the world’s knowledge accessible to all. With this lawsuit, the Reiss Engelhorn Museum is limiting public access to culturally important works that most of the world would otherwise not be able to access.
The paintings, portraits, and other works of art at issue in this case are housed in the Reiss Engelhorn Museum, but exist freely in the public domain. However, German copyright law may apply to photographs of works in the public domain, depending on a number of different factors, including the artist who created the work, the amount of skill and effort that went into the photograph, creativity and originality in the photograph, and the actual art itself. The Reiss Engelhorn Museum asserts that copyright applies to these particular images because the museum hired the photographer who took some of them and it took him time, skill, and effort to take the photos. The Reiss Engelhorn Museum further asserts that because of their copyrights, the images of the artwork cannot be shared with the world through Wikimedia Commons.
The Wikimedia Foundation and Wikimedia Deutschland believe that the Reiss Engelhorn Museum’s views are mistaken. Copyright law should not be misused to attempt to control the dissemination of works of art that have long been in the public domain, such as the paintings housed in the Reiss Engelhorn Museum. The intent of copyright is to reward creativity and originality, not to create new rights limiting the online sharing of images of public domain works. Moreover, even if German copyright law is found to provide some rights over these images, we believe that using those rights to prevent sharing of public domain works runs counter to the mission of the Reiss Engelhorn Museum and the City of Mannheim and impoverishes the cultural heritage of people worldwide.
Many cultural institutions have made it their mission to make their collections more accessible to people around the world. In October, the Museum für Kunst und Gewerbe in Hamburg, Germany made its collection available for free online. Amsterdam’s Rijksmuseum has provided free online access to all of its paintings, including the ability to download and use the reproductions under the CC0 Public Domain Dedication license. In Denmark, SMK (Statens Museum for Kunst, The National Gallery of Denmark) has released its digital images and videos under the CC BY license. The British Library and the Japan Center for Asian Historical Records jointly released more than 200 Japanese and Chinese prints into the public domain.
These cultural institutions are upholding the values of the public domain and protecting the right to take part in our cultural heritage. The Reiss Engelhorn Museum’s attempt to create new copyright in public domain works goes against European principles on the public domain.
In a Communication on August 11, 2008, the European Commission wrote: “it is important to stress the importance of keeping public domain works accessible after a format shift. In other words, works in the public domain should stay there once digitised and be made accessible through the internet.” This was reinforced by the Europeana Charta of 2010 that reads: “No other intellectual property right must be used to reconstitute exclusivity over Public Domain material. The Public Domain is an integral element of the internal balance of the copyright system. This internal balance must not be manipulated by attempts to reconstitute or obtain exclusive control via regulations that are external to copyright”.
Over the years, the Wikimedia movement has enjoyed rich partnerships with museums and galleries around the world through the GLAM-Wiki initiative, which helps cultural institutions share their resources with the world through collaborative projects with experienced Wikipedia editors. The relationships have allowed millions of people from around the globe to access and enjoy institutional collections in places they may never have the chance to visit. Wikimedia Deutschland alone has worked with more than 30 museums in Germany to make their collections freely available to anyone, anywhere through the Wikimedia projects. These partnerships are part of a vital effort to allow cultural institutions and Wikimedia to serve their missions of free knowledge and shared culture.
People around the world use Wikipedia to discover and understand the world around them. Thanks to the Internet, many traditional barriers to knowledge and learning have disappeared. Denying online access to images in the public domain prevents people from exploring our shared global cultural heritage. We urge the Reiss Engelhorn Museum to reconsider its position and work with the Wikimedia community to make their public domain works more broadly available.
Michelle Paulson, Legal Director
Geoff Brigham, General Counsel
Wikimedia Foundation

A German-language statement from Wikimedia Deutschland is available on their blog. A full list of the images affected is on the Wikimedia Commons.